You better watch out, you better not cry, the Babadook could be lurking nearby... or sitting right next to you on the London Underground. The Babadook himself took to the streets and underground of London to promote the DVD release of Australian horror film, The Babadook, on Monday.

Actor Cameron Stuart, dressed as the monster character in the thriller, hopped on the Tube, took selfies with fans and popped into the Digital Spy Offices to meet Commercial Editor, Hugh Armitage. The psychological horror film, about a mother and son being tormented by an imaginary monster, was released in Australia last May and was highly successful overseas.

Those who had seen the movie took selfies with The Babadook in the streets of London. 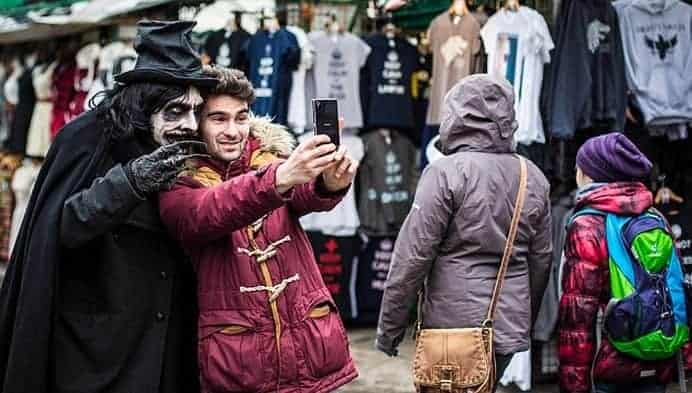 The film was nominated for many awards at the AACTA Awards in January. It won Best Original Screenplay, Best Direction from Aussie filmmaker Jennifer Kent, and tied with Russel Crowe’s The Water Diviner for Best Film.