The Aussies helping the Middle East conquer the West

Greg and Lucy Malouf tell Nathan Motton about their new book; why Australia is leading the way with Middle Eastern food and why the cuisine is much more than just kebabs. 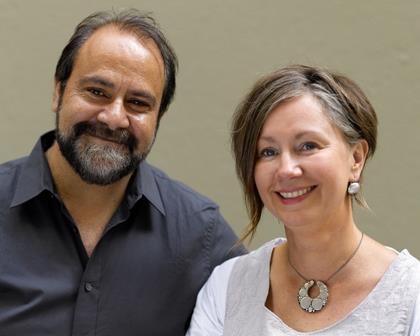 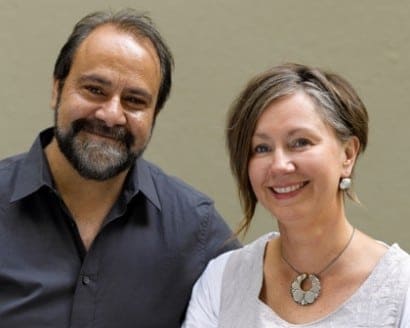 IT’S ironic that my London meeting with Australia’s foremost chef of Middle Eastern food, Greg Malouf, comes just days before he is honoured in his parent’s native Lebanon for his tireless work in taking the cuisine to the world.

“My brother’s coming with me, he’s probably more excited than me,” he tells me enthusiastically. The interview is an interesting and modest insight into a man who has redefined Middle Eastern food in Australia and well and truly brought it to the fore.

Greg’s ex-wife Lucy, who he co-wrote their new book Malouf: New Middle Eastern Food with, is in a unique position when speaking about her former husband. She is now a somewhat unbiased purveyor of Greg’s influence on Australia’s food culture.

“Every restaurant you go into in Australia there will be something on the menu that has a Middle Eastern ingredient. People’s awareness of Middle Eastern food is leaps and bounds ahead of London. A lot of it is to do with Greg, he was the very first person 15 years ago to try and make Westerners realise that Middle Eastern food is not all kebabs and tabbouleh, there is a whole lot more,” Lucy says with a smile.

Greg Malouf set out 15 years ago to introduce his love and passion for Middle Eastern food to Australia. And with his Lebanese background, he would try and eat traditional food day after day. But it was only when he decided to become a chef that he was faced with the challenges of a cuisine steeped in tradition.

“As I got older… I knew that I wanted to put it outside of its comfort zone. Middle Eastern food is (set) in stone, it’s in concrete, it hasn’t budged for that many thousands of years. Hummus is hummus no matter what you do to it. I wanted to give it a little more value, give it more values and (make it) a little more appealing to the western palette,” Greg said.

Greg now works as executive chef of Melbourne’s famous MoMo restaurant. But it’s the new book, the fifth he and Lucy have released, that “best represents what we do”.

A collection and compendium of some 340 recipes, the book’s layout is as stunning as so many of the recipes. It has been devised into chapters and features 25 new dishes. From golden mussel chowder, to imam bayildi (stuffed eggplant), to little pigeon bisteeya, to rhubarb-rosewater sherbets it’s unashamedly modern and most importantly accessible to the entire spectrum of home-cooks.

Sitting in the Hardie Grant offices in Covent Garden, Greg admits writing his cookbooks have helped him understand the “stories behind each dish”. But just as the books have allowed both Greg and Lucy to expand their love of food to a wider audience, they say, just as importantly have been the years of traveling to the very regions they seek to emulate through their recipes.

“For all the books that you read, all the television shows that you watch and all the googling, there is nothing to replace actually being in the country. Food is a universal language,” Lucy tells me with vigour.

Their first book Saha, was published in 1999 and the pair admit putting together their latest offering has been a rewarding experience.

“We spent quite a bit of time going back through the books and saying which recipes do we want? It’s like anything in life – as you move on you tend to forget what you’ve done and you move on to the next project. It was very gratifying to go back and look at what we did 12 years ago, and not feel, ‘oh gosh those dishes are so dated what were we thinking’,” Lucy laughs.

It seems the Middle East may just yet conquer the West and in culinary terms, Australia is at the forefront. All thanks to a softly speaking pair of food lovers from Melbourne. Shookran Maloufs! 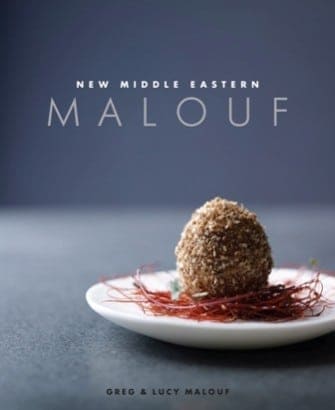