For those who are not yet familiar with Australian food, or curious about what they could find on an Aussie’s table - we’ve come up with a shortlist of four dishes you just have to find and taste for yourself...

If there’s one line that the British like to repeatedly bash us Aussies over the head with, it’s ‘throw another Shrimp on the barbie’. Paul Hogan’s line from the famous Tourism Australia ad from the late 1980s, created an impression that Australian cuisine is based only around the barbecue.

While much of Australian food heritage is focused on meat or seafood based dishes, global influences have  made their way into Australian cooking and eateries.

Thanks to the use of bold flavours and an obsession with healthy produce, as well as Australia’s booming restaurant scene, a global audience is beginning to take note of Australian cuisine like never before.

For those who are not yet familiar with Australian food, or curious about what they could find on an Aussie’s table – we’ve come up with a shortlist of four dishes;

Smashed avocado on toast has become a stalwart at breakfast tables all over Australia in the last five years. Its creamy texture and obvious health benefits have helped make it a hit, particularly amongst the younger generation.

Its popularity has quickly spread, with London and Hong Kong just two of the cities that have embraced the dish into their hearts.

What’s more, different takes on the newly established classic have already begun to appear – with feta, poached eggs and radishes among some of the most popular added toppings.

If you ask any Sydney local where you can get to the best corn fritters, they’ll all come back to you with the same answer: a Bill Granger café.

The Australian chef has built his reputation down under as maker of the best breakfast fritters on the planet.

Granger now owns restaurants across the globe, including locations in Hawaii, London and Japan. Bill’s corn fritters are a staple breakfast menu item.

In New York, corn fritters have become especially popular. There they are served alongside other Aussie favourites such as smashed avocado and smoked salmon.

One of the main reasons attributed to the rise in popularity of the dish in the Big Apple is its look. The fritters’ golden glow has helped make them a mainstay on numerous food bloggers’ Instagram accounts.

Animal rights activists in the UK have long been opposed to Kangaroo meat being available on supermarket shelves or restaurant menus. This is due to the animal being killed in the wild as opposed to being farmed.

While that pressure has perhaps stopped the nutrient-rich meat becoming widely eaten in the UK, there have been signs that demand for the meat is starting to increase.

Supermarket giant Sainsburys announced just a few days ago that they would be stocking kangaroo burgers in their stores over Summer. This follows from the decision by rivals Morrisons and Lidl to sell kangaroo steaks.

Across the pond, the popularity of Kangaroo steaks has also been increasing. Hell’s Kitchen in downtown Minneapolis reports Kangaroo to be the best seller on their menu. 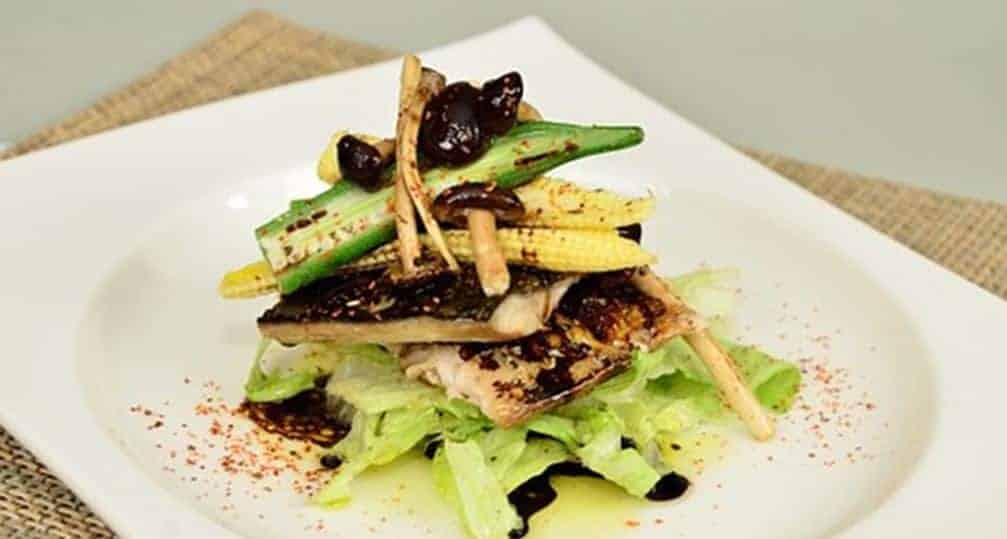 If you’re still not convinced, or can’t imagine Australian cuisine without some delicious seafood, we have something for you. Cured Kingfish is the perfect dish for seafood lovers. It can be prepared in many different ways, including with oranges, beetroot or in a salad!

Even though it sounds fancy, you can make a tasty cured Kingfish dish at home too.

If you don’t like cooking or would simply prefer to have it prepared by a professional, try it at Higher Ground if you get the chance. (A Jess McTavish’s restaurant in Melbourne). Cured Kingfish is their signature dish.