Tame Impala has won the J Award for Australian Artist of the Year, with the Rubens taking out the Unearthed J Award category. 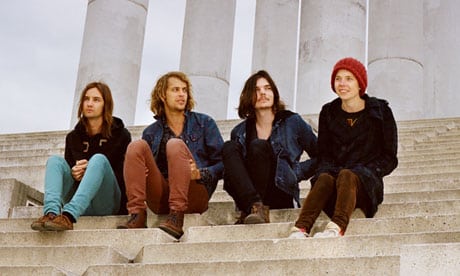 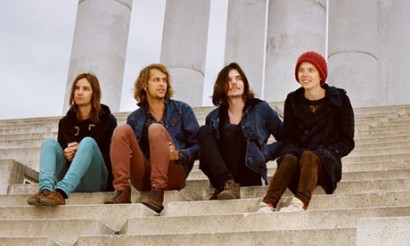 TAME Impala has taken out Triple J’s J Award for Australian Album of the Year for their second album Lonerism.

In doing so it edged out competition from Alpine, Hermitude and Sarah Blasko.

Tame Impala band is no stranger to this particular award, having won the top prize in 2010 for their debut album Innerspeaker.

The bands leader, Kevin Parker, was in London at the time of the awards, and gave his acceptance speech via video.

“I’m not very good at acceptance speeches,” he told the J Awards.

“Probably because we haven’t won that many awards. In fact the last one I think was for the Triple J Album of The Year 2 years ago… which is crazy!”

The J Awards are an annual event to celebrate Australian musical talent, and are regarded as a serious barometer of the future success of Australian artists.

Where to buy wall decor and art in Australia

The Unearthed J Award in particular, which rewards emerging Australian artists, is a launching pad for new talent. Past winners have included Boy & Bear and The Middle East — both now big name bands.

This year the category was won by The Rubens, whose single “Lay it Down” first captured Australia’s attention in 2011, appearing at number #57 in the Hottest 100 in January.

Watch the clip to ‘The Best we Got’ from the Rubens here:

In 2008 Triple J introduced a further award, for The Australian Music Video of the Year. This Award recognized outstanding, original and creative music videos.