Sunday at the Apartment supplies a showcase of Australian talent 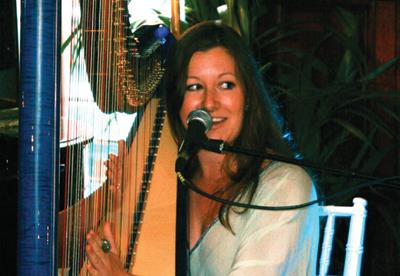 WHEN it was first suggested I spend an autumn afternoon being entertained by a showcase of Australian talent inside a quaint little apartment in London’s Soho, my mouth literally watered at the thought. Why not? Soho is cool, Australia has some great talent to show off and the event was “Footy Finals” themed — a chance for me to wear my team colours with pride.

Which is why, on Sunday 30 September, I was to be found decked in my Red and White (St. George-Illawarra Dragons for those playing at home) and heading down to “Sunday at the Apartment” — a quarterly event introducing established and emerging Australian artists to London, in a ‘classy and cosy’ setting.

Although peppered with promise, I must admit I was initially concerned that the event was hosted by Australian Business. How would the business world and the art world — two industries who rarely meet and very seldom see eye-to-eye — fuse together on this rainy afternoon. How will they put aside the eternal battle of corporate v creative aside, and deliver to the audience an afternoon of musical and theatrical entertainment?

Well, you can start with drinks. On arrival guests were shown to a bar before heading into the show. The mingling began, but despite the attempt at “footy fever” using some home-made streamers and banner decorations, it slightly resembled a grand final BBQ you might find at your uncles house. The crowd too did not seem to be the meat pie throwing, ref-abusing ‘footy finals’ type, and would probably be more at home at Friday after-work drinks than a BBQ before a footy match.

The MC at least embraced the theme, appearing in Swans getup accompanied by cheerleaders, and the daughter of Bulldogs great Steve Mortimer singing the Tina Turner, and 1990’s Rugby League anthem, “Simply the Best”.

Overall the event had more of a cabaret feel than a showcase feel. A loose and free flowing mix of singing, interviews, banter, comedy and more banter gave the afternoon an easy going and light-hearted tone. The show was filled with a vast array of theatre talent, which, although excellent, may have been better served by mixing it up with many of the other talents Australia has produced.

Nonetheless we were treated to a range of incredible vocalists and talented musicians, inspiring a sense of pride and accomplishment that so many young Australian actors and singers were making the move to London to, like most of us here, follow their dreams. Acts included Michael Falzon from the musicals We Will Rock You and Rock of Ages, Josh Piterman from West Side Story and An Officer and a Gentleman, and Tania Doko from Bachelor Girl with a rendition of her 1998 hit “Buses and Trains”.

For me, the highlight came in the form of a very beautiful and exceptionally talented harpist by the name of Tara Minton. Dressed in what I can only imagine an Ancient Greek Indie Angel would wear to serenade Zeus in a secret garden whilst he fed on grapes, Tara took to the stage. Whilst with her appearance I anticipated we were about to be treated to the orchestral sounds of a classically trained harpist, the reality was quite different.

Instead, Tara surprised us with a very well written, cheeky, clever and funny tongue-in-cheek acoustic indie quip about a young girl trying to give a presumably clueless and unassuming boy a not-too-subtle hint.
One could imagine that the song, titled “Play with me”, would traditionally be at home being played on acoustic guitar, possibly included on the soundtrack to a Michael Cera film. It was only amplified in its beauty by being played on the harp, with the incredibly innocent Julia Stone-esq voice that accompanied it.

By the end of the afternoon, one thing was clear: Australia has some extraordinary talent and we do well to show it off. Whether the ‘business’ and ‘art’ worlds truly found their common ground in this event is a slightly different question, as it did feel some attendees were there in order to expand the reach of their business card more than appreciate the talent on show. However, if it is your intention to extend your business networks amongst fellow Australians, whilst also being treated to a range of inspiring musical and theatre acts, then this event is the one for you.

The next Sunday in the Apartment will be held on Sunday November 25. Visit Sundayintheapartment.com or email [email protected] for information and tickets.