Glydnebourne has appointed its first Young Composer in Residence, Sydneysider Luke Styles. WILL FITZGIBBON finds out what to expect ahead of his first work for the famed opera festival. 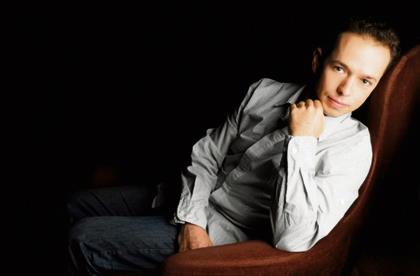 AS THE countdown to the start of the famous Glyndebourne opera festival heats up, the company’s first ever Young Composer in Residence has just put the finishing touches on his new works.

Glyndebourne appointed its first Young Composer in Residence in 2012. And, in line with Glyndebourne’s penchant for talented Australians as previously presented by Australian Times, he is from Sydney.

Luke Styles, born 1982, has already written two works for 2013 performances at the leafy and luxurious grounds of Glyndebourne, one hour by train from London. The first, Vanity, premieres on 19 May.

Selected from a field of more than 100 applicants, Styles occupies a position for which many young composers would gladly give a body part. Becoming the 21st century Mozart isn’t easy.

“No one sits down and Googles ‘undiscovered composers’”, Styles tells Australian Times, reflecting on his journey from teenage student at Newton High School of the Performing Arts in Sydney to Glyndebourne.

Since leaving Australia at 18 to take up studies in composition at the Royal Academy of Music in London on scholarship, Styles has honed his craft in Austria and in Germany before returning to the UK permanently with his wife. Last year, Styles became a British citizen.

In many ways, Glyndebourne is a logical destination for the preternaturally talented composer. Styles remembers that from his earliest days in high school he was interested in performing arts in its largest sense — drama, theatre, singing and music. While music was always his primary passion, “drama was always going to be a part of that,” he says.

“It was all kind of heading towards the operatic.”

Glyndebourne 2013, which begins on 18 May, includes some of opera’s heaviest-hitters; Mozart’s the Marriage of Figaro, Verdi’s Falstaff, Strauss’s Ariadne auf Naxos and Rameau’s Hippolyte et Aricie.

Styles’ two works will appear alongside these as part of Glyndebourne’s ‘Festival Extra’.

The second new composition, Wakening Shadow, starts on 12 August. Based on the Canticles of British composer Benjamin Britten, whose centenary is celebrated this year, Wakening Shadow is a work for nine singers and 30 musicians that Styles has developed in artistic collaboration with Vladimir Jurowski, Glyndebourne Music Director.

“I wrote the double bar line last week,” he says with a hint of satisfaction and relief.

“Most composers start small,” Styles says, reflecting on his own beginnings in chamber opera, including Lovers Walk that is scored for four singers and 14 instruments and which featured in Glyndebourne’s 2012 tour.

A lapsed double bass and electric bass player (“I just can’t bring myself to practise scales these days,” he says), Styles music is a mix of genres with the occasional suggestion of jazz.

Some of his latest work does include non-pitched screaming but “as long as people don’t bring preconceptions” they will enjoy it.

Styles appointment at Glyndebourne is the latest step down the famous company’s road to a new and inclusive model of opera. Since 2007, Glyndebourne has been broadcasting its operas in cinemas across the country and some can now be watched for free on The Guardian’s website.

“That’s part of my position at Glyndebourne,” Styles says, “to encourage interest among the young.”

Styles is keen to work more in Australia — his wife would be especially happy for more trips Down Under — but he admits that having left at 18 means he has some more networks to cultivate.

For the moment, the diary is looking full. After the end of the 2013 Glyndebourne festival, Styles will have at least two more works to complete as Young Composer in Residence. In addition, he is already commissioned for a new work to feature as part of the 2014 Commonwealth Games in Glasgow and Styles’ own contemporary music chamber ensemble, Amorpha, is playing at King’s Place in London on 12 May.

This is the first in a series looking at Australians at Glyndebourne in 2013. Next week, meet Sarah Fahie: Australian choreographer and movement director.