Steven McRae-zing at a cinema screen near you

Steven McRae, Australian Principal Dancer with the Royal Ballet, starred in the Royal Opera House's performance of La Fille Mal Gardee as it was broadcast to hundreds of cinema screens worldwide. 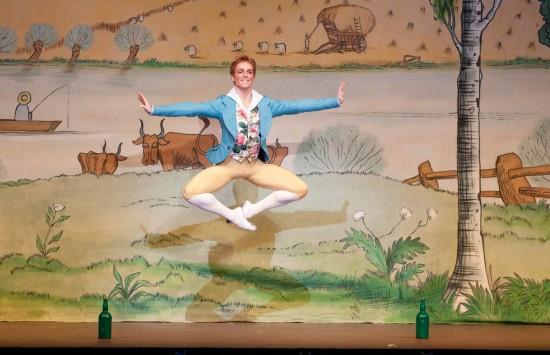 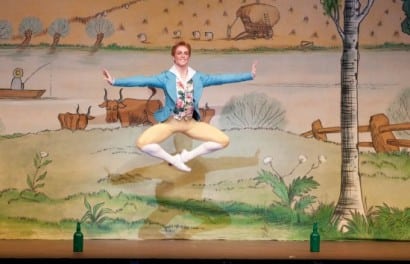 By Will Fitzgibbon
AN Australian ballet dancer has done the unimaginable and performed in 17 countries simultaneously – all the while remaining in London as part of the Royal Opera House’s ever-expanding live cinema project.

Described as “an utterly English romcom”, La Fille Mal Gardee is a light-hearted tale of two country lovers who must contend with oversized hens, a Shetland pony and a clog-wearing kill-joy mother. It has been one of the most popular ballets in ROH’s repertoire since its premiere in 1960.

While a lucky few saw the spectacle live at Covent Garden in May, the true excitement was the ballet’s global mediatisation to 475 cinemas in 17 countries, including many in London.

Cinematic live streaming of operas, ballets and concerts is one of most significant changes in a generation to classical performance. The New York Metropolitan Opera and London’s Royal Opera House are two of the practice’s most notable proponents. The hope of classical performance venues is that reducing traditionally-inhibitive prices and the carapace of elitism will increase public engagement and revenue.

While some critics complain that artistic decisions are now being taken with only the cameras in mind, there are plenty of benefits for the cinema-goers.

ROH Chief Executive Tony Hall told BBC Breakfast in 2011 that cinema screenings were now “part of opening up the glories of the opera house to as many people as we can”.

Tickets to a live screening can cost as little as £10 in contrast to the expensive tickets on sale live that can exceed £100. Live cinema also heightens ballet’s physicality; the camera shows heaving chests, moist, glistening shoulder blades and the exquisite precision of a grand jete with clarity that would be imperceptible from anywhere but the most expensive places in Covent Garden.

And judging by viewer comments in London’s Leicester Square Empire Theatre and by the many positive tweets flashing across the screen during the interval and at the broadcast’s conclusion, most viewers were impressed by McRae and his colleagues.

ROH continues is live cinema season in 2012/2013 with masterworks such as Swan Lake and The Nutcracker.