Talented Australian comedian Steve Hughes spoke to HANNAH CARRODUS about his philosophies on life, Aussie politics and the end of the world. 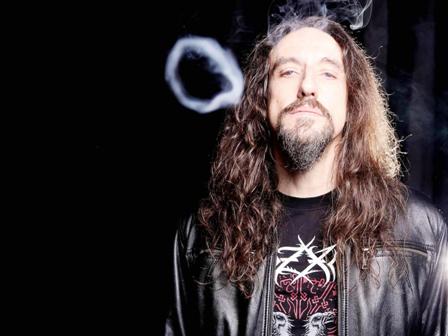 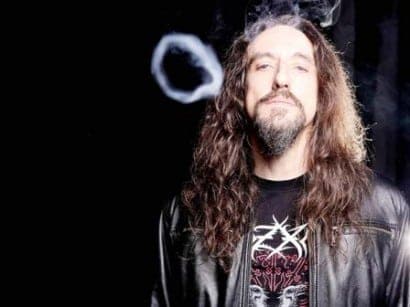 By Hannah Carrodus
WHILE Steve Hughes delivers his material in a deadpan manner on stage, out of character the Aussie comedian is laid back and chatty.

The ex heavy metal drummer enthusiastically engages with each question, occasionally mumbles mid-sentence and often finishes his thought with a hearty laugh.

Here’s what we discussed ahead of his upcoming London gigs:

Why do you prefer to live in the UK rather than in Australia?

“Because I can work, I can see bands, I can get to Europe in an hour,” Hughes explains, laughing.

“Australia is a great place although it is quite expensive.”

He bemoans the price of alcohol in Australia, specifically the cost of Jack Daniels.

The comedian says he still likes Australia very much and if it was closer to the UK he would set up a base there, but as it’s an exhausting 24-hour plane ride away there’s no chance of that happening.

What do you think of Australian politics at the moment?

Hughes says he doesn’t follow Aussie politics too closely, although he does make a quip about the craziness of the Kevin Rudd/Julia Gillard situation, chuckling to himself.

He says that most Australians he encounters see through the political games our politicians play.

Some of your humor is politically incorrect. Have you ever told a joke that in hindsight you felt went too far or that you regretted?

“No, not really,” Hughes smiles, adding that compared with other comedy acts his show is relatively tame.

He gives the example of fellow Aussie Jim Jeffries as a comedian whose material is much more provocative.

“Most comedy that is offensive is not funny,” Hughes says.

“It’s easy to be rude but you don’t have to be rude to be funny. And if you are rude and you’re not funny than you’re just f*ckin’ rude!”

What do you do when you get a bad review?

Hughes says he doesn’t usually read reviews as he no longer relies on them for an ego boost or to “psychologically stabilise me”.

Occasionally the long haired Australian will use reviews as constructive criticism and to see whether his jokes have been interpreted as they were intended.

But in general it seems that reviews no longer faze the experienced comedian, who has been doing standup comedy for over 15 years.

You’ve performed all around Europe. What’s the most difficult nationality to entertain?

Hughes describes his first show in the Netherlands, back in 2000, as “hell on earth”.

He talks about the frosty Dutch stares he encountered; a subject matter he has raised in many of his comedy shows since.

But these days Hughes says that doing stand up in the Netherlands is no longer the terrifying experience it once was.

He says the comedy scene in the Netherlands has grown and now audiences there are more receptive to live comedy.

You talk a lot about propaganda in your shows. Do you think most people recognise propaganda or do they swallow it?

“Well, propaganda is in disguise most of the time,” Hughes whispers.

He says Hollywood films are the prime example of “ideas being projected into the global subconscious”.

Hughes talks about futuristic films in regards to Hollywood propaganda – saying that futuristic movies are almost always about death and destruction – although he stops short of explaining how these films are intended to influence viewers.

“I don’t go as far or as deep about the ideas I have about the world in my shows,” Hughes declares.

He explains that this is because he doesn’t want to make his audience feel depressed.

The comic doesn’t know how to make it seem funny, for example, that “a third of the world’s population may be exterminated by microchips”- evidently something he has been thinking about recently.

“No one would have to work if they didn’t want to. And you don’t have to buy land,” he says.

“You shouldn’t have to buy land; who are you buying it off anyway?” he questions.

“It must have been stolen in the first place.”

Hughes says his ideal world would also be a place where: “I can play drums all day.”