Steve Hughes has got some Big Issues

REVIEW | To the delight of the audience at a packed Leicester Square Theatre last week, Australian comedian Steve Hughes explored the stupidity of Western governments and the world in his entertaining, and often poignant, show Big Issues. 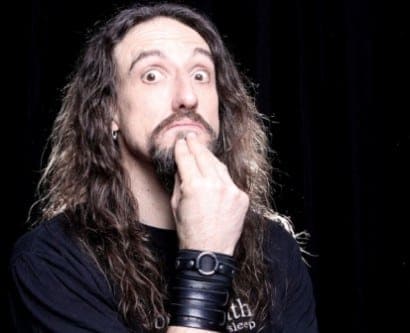 Review by Hannah Carrodus
To the delight of the audience at a packed Leicester Square Theatre last week, Australian comedian Steve Hughes explored the stupidity of Western governments and the world in his entertaining, and often poignant, show Big Issues.

In his irreverent manner, Hughes talked about serious issues including stolen land, nuclear weapons, Chinese medicine and why hotels no longer provide a toilet brush in the bathroom.

The former Aussie heavy metalist’s ideas were thought provoking and political yet delivered in a casual, albeit crass, style.

And many of his ideas came back to one central theme: government and corporate control of the individual.

For instance, Hughes talked about how Britain is on the way to becoming a cashless society. A seemingly harmless idea at first except for the fact that every transaction we make will now be traced and monitored.

“How will people pay for their illegal drugs?” Hughes pondered.

His animated reenactments were also very funny; with Hughes vividly describing bizarre things that had happened to him in his life and seamlessly making the audience feel they were there.

Hughes’ description of the confusion he and his housemate felt when they were being robbed was particularly enjoyable.

“You’ve chosen the wrong house mate,” Hughes told the thief. “There’s nothing of any value here except some heavy metal CDs and I’m guessing you’re into hip hop.”

And while Hughes was intelligent and insightful, New Zealand comedian Sully O’Sullivan, the supporting act, was just as entertaining.

The audience would think they would know where a joke was going when —BAM- he’d suddenly drop a hysterical one-liner that seemed to come from nowhere.

His timing and wit were impeccable!

I particularly loved his routine about New Zealanders’ affinity for sheep.

Both performers were very funny and I highly recommend their show.

Nearly 70% of those who shared with housemates, parents or in-laws are now keen to get a foot on the...

The Victorian government plans a pilot scheme for up to five days sick and carer’s pay, at the national minimum...