This year Halloween is right in the middle of the week, which means you’ve got two weekends to celebrate it! If you haven’t had your fill of frights, here are this weekend’s eeriest events and activities around London. 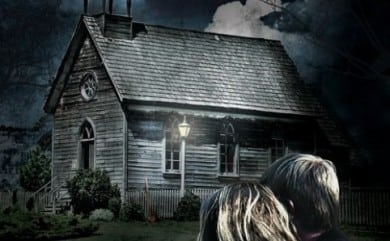 This year Halloween is right in the middle of the week, which means you’ve got two weekends to celebrate it!

If you haven’t had your fill of frights, here are this weekend’s eeriest events:

Wahaca Day of the Dead Festival

MasterChef winner Thomasina Miers’s Mexican ‘street food’ chain Wahaca presents a four-day festival celebrating Mexico’s Day of the Dead, featuring food from the street kitchen and cocktails from the Mezcalaria bar, as well as music, art and film. Each night sees a performance by Mexican band Rodrigo y Gabriela, with the tunnels doubling up as an exhibition space for work by the photographer Graciela Iturbide and newly-commissioned art installations by Le Gun collective.

November 3 is family day, with sugar skulls painting, paper mask making and cardboard coffin decorating on offer (kids can choose one of the three activities to try out).

Jump on the Ghost Bus

Roll up for a tour on a Routemaster bus painted black and redecorated in a gothic vein, to hear half-factual, half-fictional tales about the sinister side of London, delivered by an on-board troupe of actors, stand-up comics and cabaret performers. Booking is recommended and the tour is suitable for all ages but not recommended for under-fives.

Up at the O2: Climb of the Cursed

A creepy climb for Halloween thrillseekers is offered by the attraction that gives participants the chance to go on an expedition across the roof of The O2. As with the regular climb, the action begins at ‘Base Camp’ (decked out eerily for the season), where participants are kitted out in jumpsuits, shoes and safety harnesses before being guided in groups along the walkway. Along the way you can expect tricks, treats and surprises and, at the summit, you’ll be given a gothic-style map of the capital that pinpoints some of London’s horror hotspots. Tours take place during the day but the after-dark climbs will be especially atmospheric.

The climb is suitable for most people aged ten years and over and at least 1.2 metres tall.

Crack out the ultra-violet, paint a festive skull on your face and head down to The Bedford for a belated Halloween celebration. With DJs playing the best of pop, hip hop and dance you can’t go wrong. Prizes for the best dressed.

Boo at the Zoo Halloween Activities

The ‘Grim Keepers’ take over London zoo for Halloween, offering families the chance to play ghastly games or visit the Grim Curiosity Shoppe, where spine-chilling curiosities and spooky creatures await. The animals are getting involved as well, including the meerkats and owls who will be showing off their scary skills in the Halloween-inspired ‘Animals in Action’ demonstration.

There’s a 10% discount on child entrance (when accompanied by full-paying adult) for children arriving in fancy dress (costume,  mask, hat or face paint).

Halloween at the London Dungeon

The Trickster takes up residence, unleashing mischievous pranks in a scary twist on the tradition of trick or treat. If you make it past him the Dungeon’s cast of horrible characters from history and other spooky attractions await.

The National Trust claims this 17th century time capsule is one of London’s most haunted properties. Find out what the rumblings are about in this themed event for grown-ups — there are after-hours, torch-lit tours on which you can look out for the Duchess of Lauderdale and her pet spaniel, who have been reported to haunt the halls, followed by drinks and canapés in the orangery to calm the nerves ( Nov 6, 13, 20; £22; booking essential).

A love of horror films and the macabre is the inspiration behind these ‘Horrorgami’ works by Marc Hagan-Guirey, aka Paper Dandy, a ‘paper architect’, who employs the ancient and fiddly Japanese art of kirigami. Each construction depicts an iconic location from a cult horror movie -including The Overlook Hotel from ‘The Shining’ and 112 Ocean Avenue from the ‘Amityville’ films. Hagan-Guirey further ramps up the atmosphere by presenting the works in lightboxes so that, after dark, their silhouetted forms appear as spectral and ethereal. He wants us to think about the artifice of fear and horror as a psychological construct. And, yes, cut from a single sheet of paper, each piece was probably a nightmare to make.

Nightmare — The Fright of Your Life

Roger S Moss’s drama concerns a couple who believe they have found the home of their dreams in a secluded English village… inevitably they are very wrong.

In Polish company TR Warszawa’s brooding stage version of Bram Stoker’s ‘Dracula’, there are no castles, coffins, Transylvanian peasants and transformations into bats.

A group of mental patients meet to recount the terrifying ordeals that caused them to lose their minds in the company of a mysterious therapist in this piece by a cluster of high-calibre horror and fantasy writers including Kim Newman.