Australian starlet Sophie Monk has been tricked into revealing her long-suspected romance with actor Sam Worthington in an exchange with radio personality Jules Lund on the duo’s 2DayFM drive-time programme. 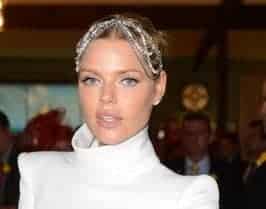 AUSTRALIAN starlet Sophie Monk has been tricked into revealing her long-suspected romance with actor Sam Worthington in an exchange with radio personality Jules Lund on the duo’s 2DayFM drive-time programme.

Monk, currently filling in for Fifi Box while she is on maternity leave, was put in the awkward position of confirming the relationship during a call-in competition that required the contestant to correctly answer five trivia questions in under thirty seconds in order to win a $10 000 prize. The contestant had reached the final question in the radio quiz when Mr Lund asked a question regarding Mr Worthington’s romantic life.

When the caller asked whether the correct answer was Sophie Monk, Mr Lund asked his co-host whether the contestant had answered correctly and won the $10 000 on offer. Ms Monk attempted to avoid the question before ultimately agreeing that it was correct.

Mr Lund later admitted that the call had been a set-up designed to get Ms Monk to admit to her relationship with Mr Worthington on air, with the ‘contestant’ involved actually being a radio station staff member. The prank came after a series of recent photographs showing Ms Monk and Mr Worthington spending time together over the past month.

The Australian stars, both British-born, had previously denied rumours that they were dating despite Ms Monk being spotted picking Mr Worthington up from an airport in Melbourne last Saturday. Ms Monk claimed that she and Mr Worthington were “very close, but we’re not dating.”

Mr Worthington has recently split from ex-girlfriend Crystal Humphries, who he had been dating since 2011. Ms Monk has been engaged twice: first to businessman Jimmy Esebag and later to Good Charlotte band member Benji Madden.

Ms Monk had initially claimed that she and Mr Worthington had been meeting to discuss the production of a television show based on her life, which she described as “a cross between Curb Your Enthusiasm and Sex and the City.” Mr Worthington is back in Australia promoting surfing film Drift, co-starring fellow Aussie actor Xavier Samuel and scheduled for release this week.

Ms Monk is best known for her involvement with girl group Bardot, which was formed as a result of the original season of television talent competition Popstars. She later moved to Hollywood, taking small roles in films including Click and Date Movie.

Watch the trailer of Drift: