Slapped up with S.mouse! in da house

REVIEW: Literally quite a few of London’s hippest kids jammed into the 02 Academy Islington for the rare honour of witnessing S.mouse, live. 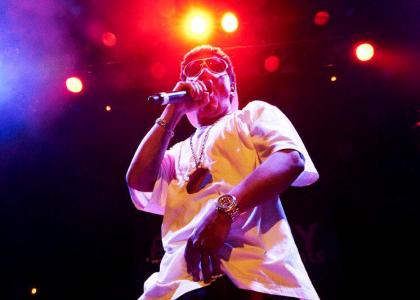 IF you haven’t heard of S.mouse! (aka Shwayne Jnr) then I hate to break the news but you’re a nobody and should just crawl back under your oldskool rock and die.

Justin Bieber’s a fan and Tu Pac would be too if he was around to appreciate the power and poetry of S.mouse! It’s hard to believe that the rapper was dropped by his label just a few months back. Shows how much they know.

This hip pocket dynamo dares to go where no others could, can or will; such as exploring the oft neglected world of geriatric sex in ‘Grandmother F**ka’. Absolute genius and delivered with such pounding venom it leaves even the hardest gangstas shaking in their Timberlands.

After breakin’ down walls with ‘Animal Zoo’, flanked by two bootylicious dancers (Where was Lasquisha? Are the rumours true?) S.mouse! and his MC Danthony reach into your very squishy core with the firm commands of ‘Get your d**k off my shoulder’.

If that isn’t enough to justify his place in this reviewer’s opinion as the number one hip hop artist of all time, then the smack in your face polemic ‘Obama, Whatchya gonna do?’, um, justifies it a bit more. Spelling it right out for us “O.B.A.M.A. – Whatchya gonna do?!” So now. 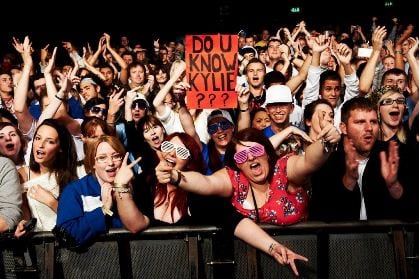 When we are hit with trailblazing YouTube hit ‘Poo on You’, the classic The Beastie Boys just weren’t brave enough to write, you can only muse that even if the New York trio had the same ‘Big Black Balls’ as S.mouse!, they could still only dream of reaching such dizzying artistic heights.

In ode to his industry stopping hit ‘Three Legged Dog’ the stage gets littered in amputated three legged stuffed pooches lobbed by the frenzied crowd. The best is still to come, though.

The fans go delirious with the encore and showstopper, ‘Slap my Elbow’. The biggest selling hip hop single of all time, no less, has more people slapping than a Bavarian beer hall dance off.

If genius borders on insanity, then S.mouse! takes you right over the edge. Know what I’m sayin’?