The Two and a Half men sitcom actor Ashton Kutcher has taken the title of highest paid TV actor for the third year, earning twice as much as Australian Simon Barker for his lead role in The Mentalist who still placed above Big Bang Theory's Jim Parsons. 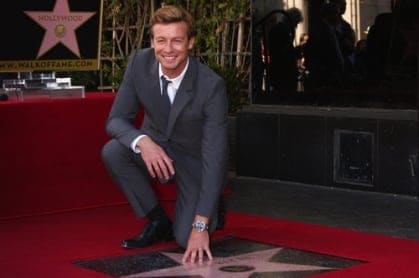 The Forbes list placed Australian Simon Baker of The Mentalist at number 6 on its, male-dominated, actors list of Top 10 television earners.

Ashton Kutcher, star of Two and a Half Men, scooped the #1 earner title yet again, topping Forbes’ annual list with his estimated $26 million earnings between June 2013 and June 2014.

Jon Cryer and Mark Hormon shared the second spot; each earning US$19 million while Neil Patrick Harris placed third with estimated earnings of US$18 million.

Kevin Spacey and Grey’s Anatomy lead Patrick Dempsey took fourth position on the list with an annual earning of US$16 million.

Simon Baker took 6th place, thanks to income generated from his work on The Mentalist and endorsement contracts with both Givenchy and Longines.

Emmy favourite Jim Parsons was next at #7, bagging US$12 million for his role as Sheldon Cooper in Big Bang Theory.

Hot on Parson’s heels were Jason Segel and Johnny Galecki who secured joint eighth place with US$11 million each.

It seems that Charlie Sheen’s star is fading but he still managed a three-way tie with Jon Hamm and Josh Radno, all of who had earned US$10 million.

Last on the list is How I met Your Mother’s Bryan Cranston, with $8 million.