John Cleese is relieved he doesn't have to do Silly Walks in the Monty Python reunion show because he doesn't think it's very funny. 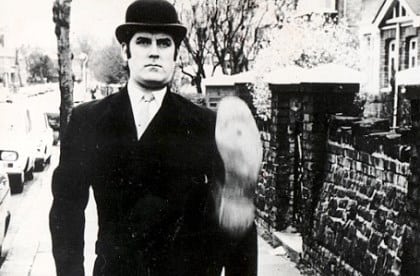 John Cleese has ruled out a return for his Ministry Of Silly Walks routine in the Monty Python reunion shows because he doesn’t think it’s very funny.

The comic told Alan Yentob in BBC One’s Imagine documentary he did not want to do the sketch, even though it is one of the comedy group’s most famous.

The comedy team’s Monty Python Live (mostly) will be on at South London’s O2 arena, starting from July 1.

“The one thing I’m glad I won’t have to do is the silly walk sketch, which I never thought was as funny as everybody else did,” Cleese said.

“And I pointed out to Terry Jones, I think it was his idea, the only reason it became so iconic was the brilliance of my performance because I never thought it was a very good sketch.”

What do you think?