Say it with soul; Sarah Blasko on her new album I Awake

INTERVIEW | One of Australia’s most original musicians, Sarah Blasko’s sound is constantly evolving, and always engaging. GEORGE KATRALIS talks musical development with the songstress ahead of the UK release of her latest album, I Awake, and her London performance at the Barbican. 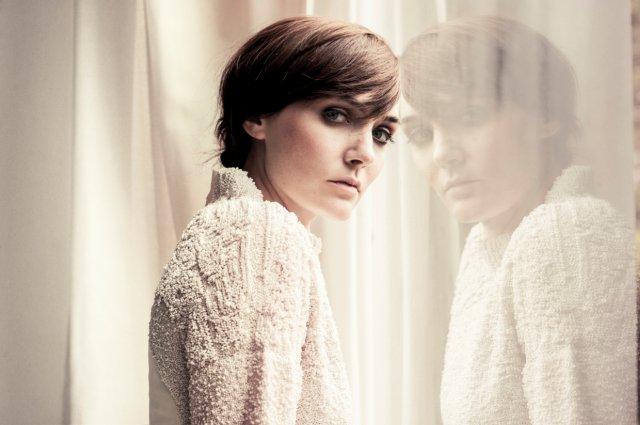 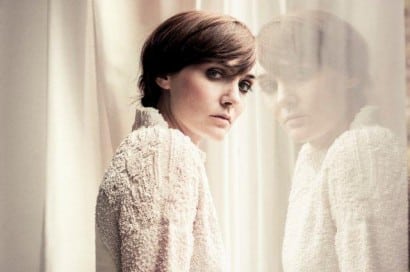 A FEAR for most musicians is making a piece of music so distinct it ends up defining an era, and by extension, them.

Think Oasis. Think Bon Jovi. It happens in Australia too; think The Living End, Powderfinger, even Jet. All bands with a huge following, but also bands left frozen in time. Music, hairstyles, clothing.

Let’s be honest. You hear ‘Wonderwall’ at a party and you’re instantly transported back to the 90s. Why? Evolution. It’s not just science. It’s music too.

Sadly, a lot of musicians get complacent. They write one hit, and spend the next 15 years living off a reputation while basically re-writing the same song. If you don’t believe me, I have four words for you. Red. Hot. Chilli. Peppers.

I’ve often wondered, how can a musician remain timeless yet current? My answer: endless curiosity.

The vintage clad songstress from Sydney is well on her way to being remembered as one of Australia’s most original musicians. One who has no fear of being stuck in time, nor should she as she continues to create distinctive and constantly evolving music.

An eye for the eternal

An incredible lover of all that is old and unique, Sarah credits her humble early upbringing for her eye for all that is eternal.

“I like things that are old and have been lived in,” she tells Australian Times.

“It probably started as a kid when my family shopped at Vinnie’s because we hardly had any money. I like things that stand the test of time.”

Sarah first broke out in 2002 with her debut EP Prelusive. This was followed in 2004 with her debut album The Overture & The Underscore. From these early days Sarah showed signs that she would not be one to settle for the trappings of musical complacency. Avoiding the temptation of some musicians to double up songs from their EP to their debut album, Sarah strived instead for originality and to follow her vision. It has become the key to her success.

“My EP was something that I’d essentially recorded in a bedroom, so I didn’t feel that the sounds were up to the quality of the other material I was recording in the studio,” she says.

“I also like to move forward and I just didn’t feel the same connection to the older songs. I wanted to embark on something completely new.”

Songs covered a range of musical styles, from the grungy undertones of ‘Your Way’ to the electro folk tone of ‘Don’t U Eva’. Sarah says these changes in her writing and style were what set the scene for what was to come.

“I wanted it to have more of a unique “sound”, to set the tone for what I wanted to do in the future.”

In retrospect, 2006 seemed a sombre year in Australian music, one I believe in years to come will be noted as the year the Australian scene underwent a changing of the guards. The old guys were heading out, and the new crew were stepping in. And Sarah Blasko led the charge.

The sound of surprise

Releasing her second album What The Sea Wants, The Sea Will Have, Sarah showed another sign of growth and maturity as a musician in taking a step forward from the preceding album whilst staying true to her sound.

“With each album I’ve wanted it to be somewhat of a continuation, but also a shift in some sense. I strive to make that progression to make sense, but also offer a surprise element,” she explains.

“On What The Sea Wants, I think that surprise element was the choir, the bassoon and the string arrangements. I was going more organic with this record, it was more of a band record.”

Its clever and original string arrangements combined with folk sensibilities is a style commonplace in 2013. However, back in 2006 it was a sound long since forgotten from the 1970s. Sarah was at the forefront of creating a type of music unheard at its time.

“I just go with what I want to hear at that time, what I feel. I wanted to make something that would stand the test of time and not be traceable to an era necessarily,” she says.

“Certain sounds can really ground things in a decade. I wanted the music to be quite “pure” I suppose. I was just going for a natural sound, not synthesized.”

Her third album in 2008, As Day Follows Night, not only saw Sarah head overseas to record, but also for the first time go completely solo as a songwriter. It led to an open vulnerability previously unheard in her music. Songs like ‘Is My Baby Yours?’ captured the stripped back incredibly personal side to this evolving musician.

“I wanted to take away all the trickery, all the unnecessary layers and explore what space would add to my music,” Sarah says.

“I was tired of electric guitars and full sounding keyboards and I just wanted to use instruments that were acoustic. I reveled in the power of those simple elements.”

Now, 2013 sees the release of Sarah’s fourth album I Awake. Layered with an accompanying orchestra, it is an ambitious production which Sarah claims is created from nothing but thoughts and memories.

“Dropping any kind of facade, dropping the effort and letting raw honesty and beauty speak for itself,” is how she describes the album.

“I wanted the orchestra to have loads of character and to totally tumble you around and push your emotions to the hilt.”

The album goes to great lengths to capture the attention of the listener right from the first note. Although different to the sounds and recordings featured on As Day Follows Night, Sarah’s predecessor albums seem to act as the catalyst to the creation of I Awake. It continues down the path of originality while still completely being the very personal work of its creator.

During its origins, Sarah took on the Brian Wilson approach to recording where isolation was preferred. She spent the first half of 2011 in a house in Brighton alone.

“It was a very lonely time but then I could be whatever I wanted to be and I had so much creative time on my hands.

“I did feel the weight of that expectation almost killed me in some way. I just created so much pressure on myself by having such lofty dreams.”

Although Sarah chose to write the album alone, it was recorded in Stockholm, Sweden. Further recordings occurred in Sofia, Bulgaria with the accompaniment of the Bulgarian Symphony Orchestra.

“Choosing to work with an orchestra is not something you can do in halves,” Sarah says.

“I did almost feel like I’d lost my mind at certain points. People can share in it at various points during the process, but you’re the one who has to go to sleep with it at nights.”

In this day and age of get famous quick, and be forgotten even quicker, it’s refreshing to hear someone with a continued interest in their own self-growth, not only as a musician, but also as a person and in their craft.

With I Awake Sarah Blasko has done something very brave and put herself on record for the world to see. I suggest that to create something so personal must be both confronting as much as it is fulfilling. Sarah answers:

“It feels good. It was an album I felt convicted to make and I’m really proud that I took the leap and went where I felt I needed to go, no matter how exposing it may be.”

I Awake will be released in the UK on 8 April 2013. Rough Trade East will celebrate the release with a guest appearance from Sarah Blakso on 8 April. See www.roughtrade.com/events for more details.

Sarah Blasko is set to perform at the Barbican Centre on 11 April 2013. See www.barbicancentre.org.uk for more details.

Sarah Blasko on making the album I Awake: