Sarah Blasko is set to introduce her haunting and beautiful fourth album to UK audiences on 8 April 2013. Her accompanying performance at Barbican Hall on 11 April 2013, complete with her band and string section, is one that should not be missed. 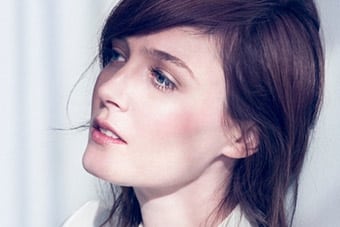 WITH an art installation accompanying the Sydney release, and an orchestral tour planned to showcase it to European audiences, fans of Sarah Blasko can be rest assured her new album I Awake will not disappoint.

The UK release is scheduled for 8 April 2013, and Sarah has planned an accompanying tour that will highlight the beauty and depth of the soulful album.

Recorded and mixed in Stockholm, Sweden, it is backed by the Bulgarian Symphony Orchestra. Sarah has said she was attracted to the idea of recording with this orchestra because of Bulgarian ancestry on her father’s side.

Sarah has said about I Awake:

“I wanted to go all the way with this record –
it seemed right.
I spent the first half of 2011 in a house in Brighton in England alone
with my thoughts & memories.
Haunted
& unsettled.

“But that’s the kind of thing you choose –
I chose to produce it myself.
I chose an orchestra.
An avalanche of sound,
soaring & shrieking,
simple & striking
to send you tumbling.
I do hope it makes you feel something.”

The album also features the unique talents of a number of artists on traditional instruments, such as drums and guitar, as well as the non-traditional including ukulele and harp.

Sarah Blasko is a renowned singer and songwriter in Australia, having won two ARIAs for Best Female and Best Pop Album, as well as Triple J’s J Award for Australian Album of the Year.

Her fourth album I Awake is sure to live up to the Platinum expectations earned by her previous albums, including What The Sea Wants, The Sea Will Have and As Day Follows Night.

And, when Sarah brings the album to life on stage at the Barbican in London on 11 April 2013, it will be a night not to be missed for any Australian fan. Sarah will be joined by her band and a string section, and will be performing songs from her previous repertoire, as well as introducing the new album to her audience.

For details of the event and other dates on the ‘I Awake’ European Tour in April 2013 see Sarah Blasko in Event Listings.

Listen to the title track from I Awake here: