Australian Times favourite Sarah Blasko is one busy musician and is about to get a heck of a lot busier when she kicks off her UK acoustic tour this weekend. 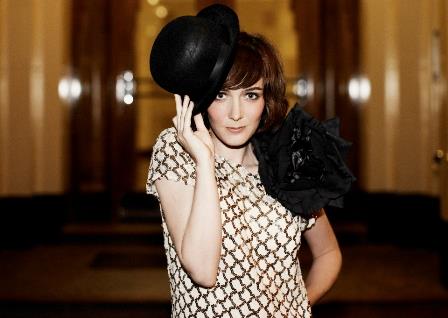 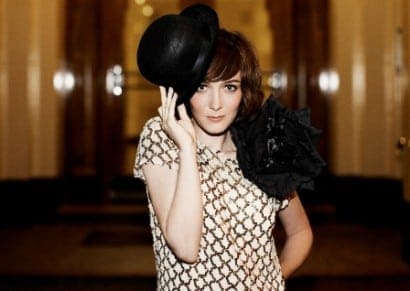 THIS year Sarah Blasko has been writing her new album, touring with side project ‘Seeker Lover Keeper’ and recording songs for the new Wiggles album. And she’s just kicked off a stripped back acoustic tour of the UK, playing in London at Shepherd’s Bush Hall on Friday 14 October, before back to Australia to perform as part of the Finn Brothers Tribute. That’s one very busy lady, but with all this does she ever forget who she’s actually performing for?

Only once could she remember getting it mixed up when she chatted to us last week.

“I think I messed up Ballarat with Bendigo at a gig once. The crowd quickly corrected me.”

Not bad for an artist who’s solo career extends over 10 years with three albums plus countless other recordings and shows across the world. For the past few months Sarah has been tucked away down the road in Brighton writing for her new album, scheduled for recording at the end of the year. It might be a different environment from home town Sydney but she took inspiration from the new surroundings.

“You grab inspiration wherever you go, depends on how you feel. It can give some new life and meaning to your music.”

Sarah’s latest tour will see her normal five piece band stay at home and she’ll only be accompanied by a piano and guitar. The focus will be on her EP ‘Cinema Songs’ written while recording her last album As Day Follows Night.

“It’s versions of songs from films which I really like. Not always the movie sometimes I just love the songs. Some are cheesy, some are great.”

And Sarah thinks Shepherd’s Bush Hall will be a perfect setting for these songs as well as trialling some newbies too.

“It’s a nice intimate venue to use for trying out new songs and it’s how ‘Cinema Songs’ sounds, so will work well.”

With her new album almost ready to record, Sarah is hoping for some help in the form of Bjorn (of Bjorn, Peter and John fame) who she worked on with her last album.

“Working with Bjorn was great. He was a very challenging person in a good way. After writing songs by myself for so long to have someone who took my music and particularly my singing to new levels was great.

“I’d like to work again with him but they (Peter, Bjorn and John) have their own album coming out so we’ll see.”

It’s a very busy schedule for this Aussie favourite but it sounds like it will all be worth it. And who are the lucky recipients of all this hard work? The fans of course, some of who will be getting along to Bush Hall this week for an exciting evening with Sarah and her music.