Sarah Blasko has announced a new London show for 1 December 2013. Blasko will perform songs from her new album I Awake in an intimate show at the Islington Assembly Hall. 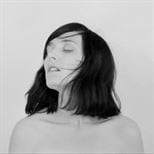 AFTER a stunning sold out show at the Barbican earlier this year in April, Australia’s singer songwriter Sarah Blasko is back in support of her current album, I Awake, for an intimate show at London’s Islington Assembly Hall in December.

Read our interview with Sarah Blasko

Don’t miss out on this special experience on 1 December 2013 at the Islington Assembly Hall.

Tickets are £13.75 and available from Seetickets.com.