Aussie comic Sam Simmons tacks hard to make shore in London with his new show, ‘Death of a Sails-man’ 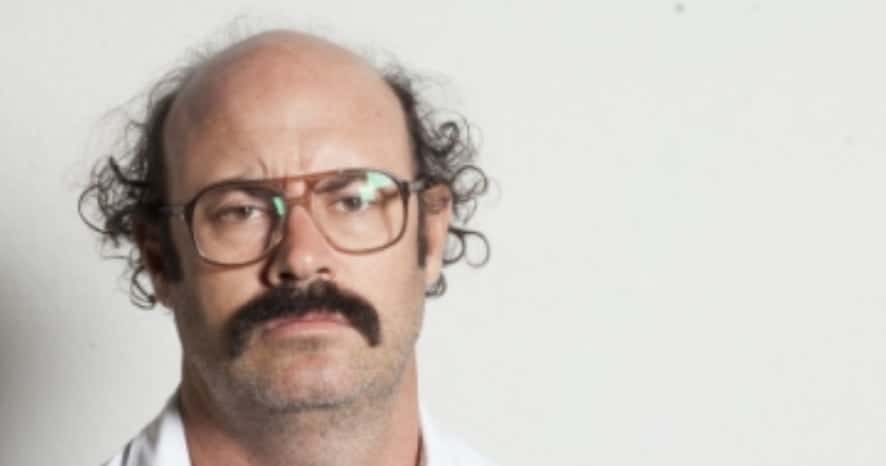 Death of a Sails-man is the brand new critically acclaimed and award-winning show from the Australian master of suburban, absurdist comedy, Sam Simmons.

The comedian who has one foot firmly planted into the soils of reality and the other rooted deep in a determination to redefine silliness, took a year off from Edinburgh Fringe last year to do a few small things like create, write and star in cult Australian ABC-TV series Problems, up and move his home base from Sydney to LA and make his debut stand-up appearance on CONAN.

In 2014, see the self-proclaimed ‘total windsurfing legend’, suffer an existential mid-life crisis after being blown out to sea. No epiphanies, no lessons learnt, just “a dickhead” and his wind-sail in Death of a Sails-Man, a show that’s scooped up the Director’s Choice Award at the 2014 Sydney Comedy Festival.

Sam’s 2011 show Meanwhile won Chortle’s Best Show and Best Breakthrough Act and was nominated for the Foster’s Comedy, Adelaide Fringe Festival and Melbourne International Comedy Festival’s Awards for Best Show, followed by a hugely successful Soho Theatre season in London. His other shows Shitty Trivia, About the Weather and Fail also had success with audiences, critics and peers alike with Fail taking home the Melbourne Comedy Festival’s Piece of Wood award in 2010.

Likewise, Death of a Sails-Man gained a rousing reception at this year’s Edinburgh Fringe with Scotland’s Herald describing the set as “the most absurdly crazy world orbiting the Fringe”.

Sam Simmons: Death of a Sails-Man