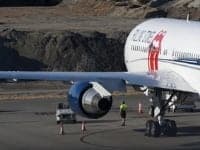 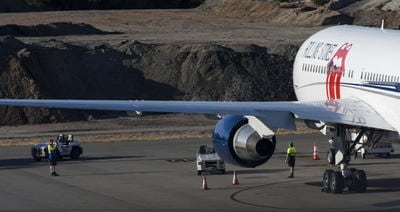 The Rolling Stones have cancelled their Perth concert and the rest of their Australasian tour remains in limbo following the death of the girlfriend of frontman Mick Jagger.

Unconfirmed reports suggested Jagger left Perth on Tuesday and flew back to New York after his partner of 13 years, L’Wren Scott, was found dead in her Manhattan apartment on Monday.

Jagger’s spokesperson said earlier in the day the rocker was “shocked and devastated” by news of Scott’s sudden death.

Tour promoters Frontier Touring said Wednesday night’s Perth gig would not be going ahead, but no further information or comment was available.

Frontier Touring asked ticket holders to hold on to their tickets until a further update was available.

The venue for Saturday’s concert, the Adelaide Oval, issued a statement on Tuesday night saying no official decision had been made about its show.

There was speculation that Frontier Touring chief Michael Gudinski sought to secure a new date for the Perth gig, with the Stones possibly returning west after playing the remainder of the scheduled concerts in Australia.

The Stones are due to launch the revamped Adelaide Oval on Saturday before touring Sydney, Melbourne, Hanging Rock in Victoria, Brisbane and then on to Auckland and Europe.

Just before the cancellation was announced, media camped out at Perth International Airport reported seeing cars driving up to the band’s private jet, although an airport spokeswoman on Wednesday afternoon that no flight plan for the jet had been lodged.

Other photographers and journalists spent much of the day camped outside Perth’s Hyatt hotel, where the band had been staying.

Jagger’s daughter Georgia May on Tuesday pulled out of Melbourne Fashion Week, where she was due to model.

A handful of devoted fans converged on the band’s Perth hotel on Tuesday.

Philadelphian Jeffrey Gussin, 49, who had flown in from the US, said he was “dazed and confused” after hearing Scott had died.

Mr Gussin – a former crew member of the Stones, long-time enthusiast and occasional drinking buddy of guitarists Keith Richards and Ronnie Woods – has chalked up $10,000 on accommodation, flights and tickets for the Australian tour, including $1250 for a general admission pass to the near-stage “Tongue Pit”.

Scott was reportedly struggling to keep her fashion empire afloat, with a $US6 million debt, and last month she cancelled her London Fashion Week show at the last minute.

Australian actress Nicole Kidman and her husband Keith Urban also have an apartment in the exclusive Manhattan tower complex where the fashion designer is believed to have taken her own life.

“Nicole is heartbroken and in shock right now and unable to say anything.”

Jagger’s spokesperson has slammed the “horrible” rumours published in the New York Post that he had split from Scott shortly before her death.

The Rolling Stones first toured Australia in 1965 and were last in the country in 2006.

This is their seventh tour of Australia. – AAP

IMAGE: A jet belonging to the Rolling Stones sits at Perth International Airport in Perth, Tuesday, March 18, 2014. The Rolling Stones have cancelled their Perth concert and the rest of their Australasian tour remains in limbo following the death of the girlfriend of frontman Mick Jagger. (AAP Image/Tony McDonough)