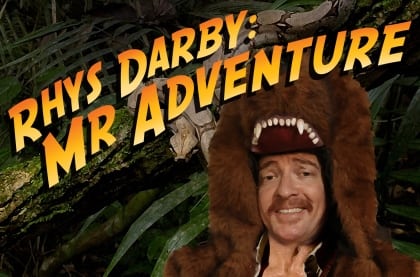 A few years back, I was playing in a band in Sydney and one Sunday, like every other Sunday, I showed up to band practice. Guitar in hand, and ready to make some noise. Like any practice, we’d kick off our set. But, unbeknown to me, my band mate had other idea, as he decided to start off practice by doing a ‘roll call’.

I thought to myself. What the hell is he doing? Why is he calling out our names? And why is he saying ‘present’ at the end of it and finding this so funny? It made no sense to me!

Eventually I asked him what he was doing and he told me about this new musical comedy TV show called Flight of the Concords about a New Zealand band trying to crack it in New York and how I HAD to watch it.

The next week I tuned into this show, and just like my band mate, instantly, I was hooked! And much like the rest of the world, it was due to Rhys Darby’s portrayal of bumbling Kiwi band manager Murray Hewitt. 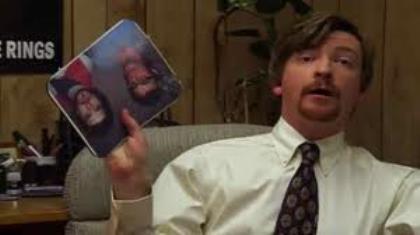 Well known in his homeland but still relatively unknown to the rest of the world, this one time soldier, described by actor and comedian Jim Carrey as “Having that Peter Sellers madness inside him” fast became a house hold name through his association with Flight of the Conchords.

Darby went from a support role to at times stealing the show, bringing his own unique style of comedy to the table which only made his character that unique mix of awkward, but lovable.

“Murray is very much his own man. There are elements of myself in him for sure. But I certainly shy away from his characteristics in real life,” Rhys told me.

It’s no question that Flight of the Conchords put Darby on the world stage. Within no time he was hot property. Film makers, actors and comedians were all seeking him out to appear in their projects, which saw him starring along side great names such as the aforementioned Jim Carrey, Nick Frost and Bill Nighy, to name a few.

Despite this illustrious company, Darby has not let the experiences get the better of him. He has both managed to stay humble in his rise through the comedic ranks while honing his craft.

“It’s always a real joy to work with such big names. You’ve got to back yourself. Of course I was nervous but thankfully comedic scenarios calm me down. We’re all just humans trying to have a laugh. Every famous person I’ve worked has been nice… so that’s nice,” he said.

In 2012, Darby had genuine fear the Mayan’s were right and that the world was going to end. In fact, so concerned was he that he brought us the fantastical tale of what he thought would happen when the Mayan Calendar ran out. Thankfully, his did not happen, so Rhys set himself on a little adventure, and took his family with him.

“It’s great having my family with me. One doesn’t fear when their loved ones are near. Don’t quote me on that… my grandfather was a very scary man,” he said. 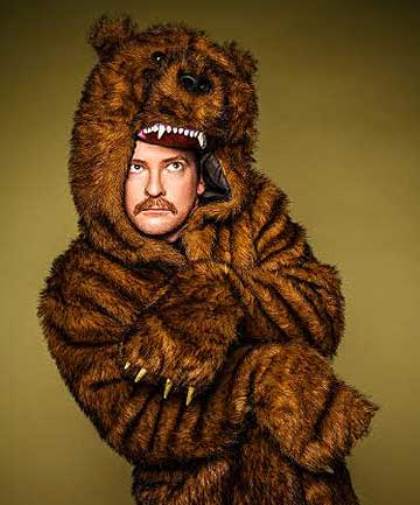 Traversing mountains, seeing malls, shooting guns with wild Texans and sitting on the summit of Mt Kilimanjaro. In a nutshell, Darby set off to explore the Earth. And why did he do this? Well, it was all in an effort to prove that life could still be a massive adventure and even border on the unbelievable.

Thankfully, for those of us who were unable to join Rhys on this journey, he’s created a show called Mr Adventure, in which he plans to share with us his stories and zest for life.

“I’ve been adventuring all my life. I thought 2012 was going to be the ultimate adventure…the end of space and time. Thank God and ancient Mayan inaccuracies that that wasn’t to be. So at the end of the day (not world) we must push on. Find the answers for the questions that still remain,” he said.

Crediting his time in the New Zealand army as a great stepping stone for this adventure, Rhys certainly did see the best and worst of all the great things this world has to offer… and will no doubt share a unique view on the things most people might never get to experience.

“My strenuous but brief time in the military prepared me for many things. How to march, read maps, duck and most importantly how to understand Morse code. These unique skills have all come into play on my new tour. But let’s just put it this way, coming down a mountain sure beats going up one! I love the rain forests of Tanzania; the trees are creepy…literally. Mt Kilimanjaro is beautiful from a distance but it’s a beast up close,” he said.

Darby is not interested in sitting still.  Rather he wants to adventure again and set a world record while his at it. But, instead of rainforests and jungles, this time his goal is, climbing Mt Everest with five other comedians and fifty fans, where in October he’ll take part in the Stand Up On Everest Trek which will raise money for Save the Children as they aim to set world record by performing the world’s highest stand-up gig.

It’s clear that Darby is no stranger to being out there. Just seeing one of his performances will tell you that he’s got a mind that just won’t let him sit still for to long. But it’s simple when it comes to Darby. He enjoys life, loves what he does and thrives on the adventure. As he puts it:

“Life is like a classic who-dunnit. Just when you think you’ve solved it, someone offers you a magic mushroom shake.”

And once again, he’s off!

Catch Rhys Darby on his ‘Mr Adventure’ tour across the UK this July, including 2 nights at London’s O2 Shepherd’s Bush Empire on 23 and 24 July.

Click here for full details and to get tickets