Patience, sustenance and a spare 345 minutes are needed to appreciate the power of Richard Wagner's Parsifal at the Royal Opera House. It stars New Zealand tenor Simon O'Neill, along with Australian soprano Kiandra Howarth. 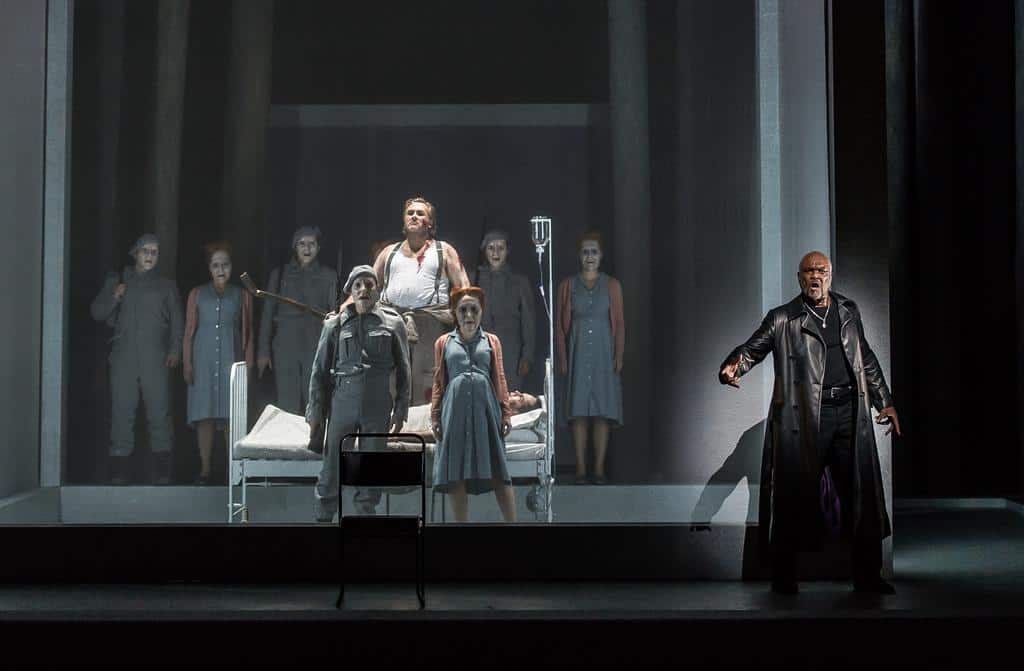 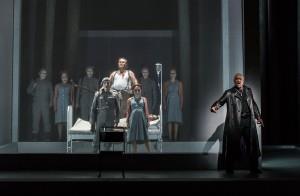 THE Royal Opera House in Covent Garden is presenting a new production of Richard Wagner’s last opera, Parsifal, as part of ongoing celebrations of the German composer’s birth.

It is the first time since 2007 London audiences have been able to hear Parsifal, the “mystic” master work completed in 1882.

Wagner was in full philosophical swing when he created Parsifal, inspired by an ancient German text and a world away from the 21st Century of liberated Carrie Bradshaw. One of Parsifal’s key messages is that humanity can be redeemed through abstinence and the denial of sexual pleasure.

Parsifal’s mission is to redeem The Brotherhood of the Holy Grail, a male troupe of Spanish Knights. Parsifal, “a pure fool, enlightened by compassion”, is the man for the job.

Stephen Langridge’s new production is heavy on religious symbols, including a Christ-like Holy Grail at the centre of the characters’ quest.

There is little action in Parsifal. Even the battle scene between Parsifal and the evil eunuch Klingsor looks more like a quick man-hug than a murder. 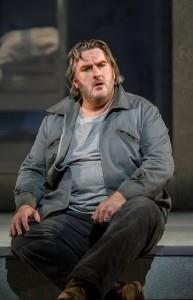 In the title role is New Zealand tenor, Simon O’Neill, surely one of the South Island’s greatest artistic exports. His powerful tenor voice easily projects across the orchestra and into Covent Garden’s balconies the whole time he is on stage — a not insubstantial part of the 345 minutes that Parsifal demands of your evening.

German opera star Angela Denoke sings the central female role of Kundry for the first time at Covent Garden. The heart of the Second Act, and of the whole opera, is Kundry’s botched attempt to seduce Parsifal. The strain of the prolonged duet was audible in Denoke’s voice, in perfect keeping with the exhaustion the characters – let alone the singers – could be expected to feel.

As is often the case at the Royal Opera House, an Australian can be found. The Queensland-trained soprano, Kiandra Howarth, sings as one of the lascivious Flower Maidens.

This production is, as they all must be, a “Packed lunch Parsifal”. Audiences need patience, sustenance, and perhaps some lozenges for the tickly-throated to get them through. The narrative and melodic lines, although beautiful, move slowly. Even the singers’ move lugubriously across the stage with an occasionally frustrating deliberateness.

The orchestra brings a real power to the performance and no matter how many times the opera’s main melodic theme returns, the musicians give it the respect it deserves.

Parsifal will be broadcast on 18 December to over 1,000 sites in 40 countries, including Australia.

Parsifal continues at the Royal Opera House until 18 December. Click here for more information and to buy tickets.