Jack confessed to me later, "I could do what I do up there all day long, but tonight it felt a little like ice-skating."

by Sara Newman
in Lifestyle 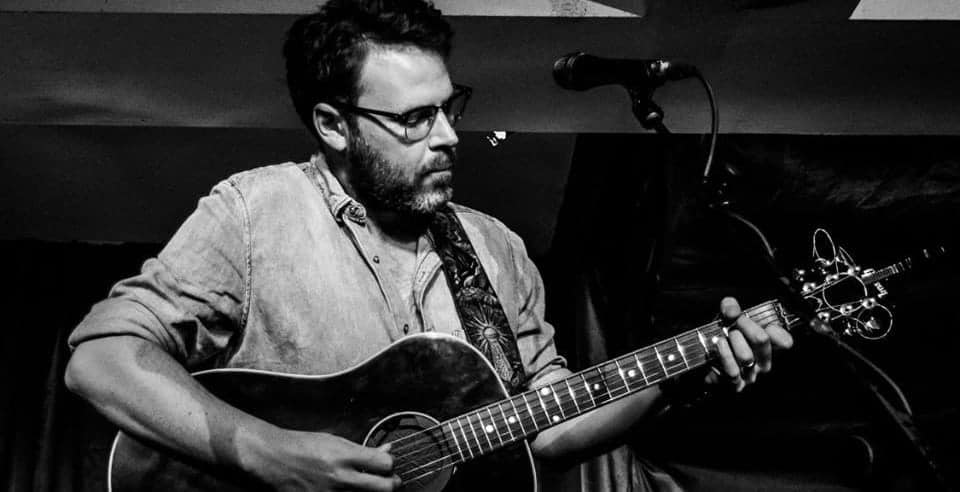 Behind the beefy security guy and the heavy, red-velvet curtains in a small Islington bar tanked with scaffolding, the hot air of a room full of swaying bodies and the syrupy sound of Maz O’Connor and her magic guitar hit me. Just catching the end of her set, I felt I had stumbled on a sweet spot of joy while people sang along with her.

The spell wasn’t over when Jack Carty and his guitar took her warmed perch along with a string quartet including friend and creative collaborator, Gus Gardiner on cello.  It transpired Jack and Gus had met the Stringers at 5pm that evening for the first time, so it was testament to all that they pulled it off so stunningly. Jack confessed to me later, ‘I could do what I do up there all day long, but tonight it felt a little like ice-skating.’

Rarely do I enjoy every song at a gig, which usually requires at least one trip to the bar. But the entire set was beautiful and heartfelt, including ‘People Don’t Care (about songs anymore)’. Jack recounted a girl doing a Masters in Music Management telling him, buoyed by a few drinks, that her lecturer says that music doesn’t matter. (Cue: collective laughter from the appreciative crowd who are standing in a small, sweaty room on a Tuesday evening).

Naturally, as an Aussie living in London for several years, ‘Antipodes’ struck a Melbourne chord with me. He also played ‘The Universe’ recorded with Katie Noonan, “but it’s OK I can sing like a girl”. And yes, Jack’s expansive voice can hit the high notes beautifully; in a nod to Jeff Buckley I would say.

Some songs share honest nostalgia and melancholy, such as ‘Kindness is a Dying Art’ but the music is more life affirming and grateful than ‘let’s leave this hell-forsaken planet’.

After first landing in the honeymoon worthy Cotswold’s 10 months ago, inspiring the very relatable song ‘Hotel Rooms’, Jack recently moved into a shared warehouse in Stoke Newington to base himself during his album tour and beyond.  “We made the right decision”, he told us confidently.

The crowd wanted more, so they finished with just the boys, a long-standing friendship and collaboration that’s tangible to all; a great dynamic. Then Maz returned to the stage, empty wine glass in hand, to round up a beautiful evening. They are now touring together, taking turns headlining, tweaking audiences’ ears and nodding heads around the UK.

I took home a vinyl of Hospital Hill, not without getting it scribbled on by Jack and Gus. People Do care about songs.

Welcome to London, you won’t regret it.