Queen’s Jubilee events in London: when and where to watch

Full list of the major Queen's Diamond Jubilee events in London, including the Thames Boat Procession and Jubilee Concert plus where to watch the celebration on big screens. 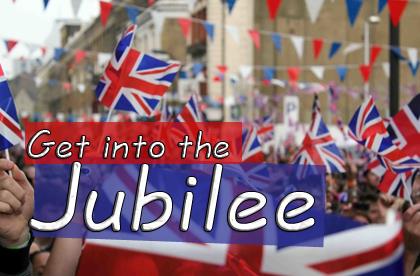 Full list of the major Queen’s Diamond Jubilee events in London: guide to times and places plus where to watch celebrations on public big screens.

The derby dates back to 1780 and is still one of the most illustrious events in the UK. The Queen loves a good horse race and will be in attendance to begin her Jubilee celebrations. Check www.epsomdowns.co.uk for last minute tickets.

This Jubilee all-dayer takes place at the favoured residence of King Henry VIII. In the style of a vintage 1950s garden party, it’s time to nibble scones and sip champagne, then you can jive to a live brass band and look back to the eras where both queens Elizabeth I and II reigns began.

Where: In your neighbourhood and all over the UK
Time: Lunch time

Millions are expected to celebrate the Jubilee by taking part in street parties and community events across the country for the fourth annual Big Lunch.

The beauty of The Big Lunch is that people themselves decide everything about their own event. The venue can be wherever you want or have space, the theme is whatever you fancy – we suggest (ahem) ‘Royal’ – with  food and people the key ingredients. Local councils have received almost 9,500 road closure applications for Jubilee street parties.

See www.thebiglunch.com and check out your borough council’s website for locations.

At high water in the afternoon, a flotilla of 1,000 boats, including Australian lifesavers, will gather on the Thames in London for the main event – The Queen’s Diamond Jubilee River Pageant.

The nautical procession formerly starts at Battersea Bridge near Chelsea, however boats will be assembling earlier near Hammersmith. The fleet complete their voyage at Tower Bridge by the Tower of London, where there will be a gun salute. Britannia rules the waves!

Viewing areas will be open from 8:00 and space will be limited. See an interactive map of the best viewing locations at:
www1.thamesdiamondjubileepageant.org/InteractiveMap.aspx

10,000 members of the public were lucky enough to snare tickets for the Queen’s very own Jubilee rock concert in front of Buckingham Palace in London. But we can all be there.

If you don’t have a ticket (who does?), then you can join the minions watching on big screens along The Mall near Buckingham Palace and in parks around the city – see below for locations – or just kick back and watch the BBC live telecast from the comfort of home.

More than 4,000 Jubilee beacons will be lit across the UK and around the world to mark 60 years of the Queen’s reign. For details on your local area and how to be involved, see: www.diamondjubileebeacons.co.uk

Where: St Paul’s Cathedral, then Westminster Hall to Buckingham Palace
Time: From 10:30

The Queen and other members of the Royal Family will be joined by dignitaries from around the world in attendance of a national Jubilee Service of Thanksgiving at St. Paul’s Cathedral.

After lunch at Westminster Hall, the Royal Family will travel by carriage to Buckingham Palace with military personnel will lining the Jubilee route. The procession culminates with a palace balcony appearance by the family and a flypast of RAF aircraft followed by a Feu de Joie (“Fire of Joy” — a celebratory cascade of rifle fire given as a salute by The Queen’s Guard), concluding the Queen’s Diamond Jubilee celebrations.

The day’s events will be broadcast on public big screens in St James’s Park, Trafalgar Square and Hyde Park – see below.

The BBC and The Royal Parks are putting on big TV screens in London for the public to view the Queen’s Diamond Jubilee events.

For the Diamond Jubilee BBC Concert and Beacon Lighting Ceremony on 4 June, you can watch BBC Big Screens located along The Mall, in Hyde Park and in St. James’s Park.

For the the Ceremonial Carriage Procession and Jubilee Service of Thanksgiving on 5 June, you can watch BBC Big Screens in Hyde Park and St. James’s Park.

Major Jubilee events will also be broadcast on big screens in Trafalgar Square.

For the official Queen’s Diamond Jubilee website, go to: www.thediamondjubilee.org