The Australian government is paying a handsome bounty to have the next instalment of the 'Pirates of the Caribbean' series filmed in Australia. 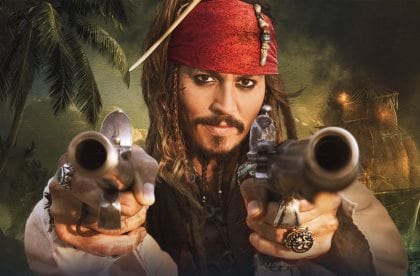 The Australian government have been swooned by Disney to have the next instalment of the blockbuster franchise Pirates of the Caribbean filmed in Australia.

Disney can look forward to a healthy loot of US$20.2 million which Australia has agreed to pay as an incentive package.

The Hollywood Reporter said on Monday that the fifth instalment, Pirates of the Caribbean: Dead Men Tell No Tales, is likely to be filmed Down Under after Disney’s filming of 20,000 Leagues Under The Sea fell into limbo. Disney then requested that the incentive package agreed on for that project be reallocated to Pirates of the Caribbean, and increased to 30% of the movie’s budget.

Australia’s Attorney-General and Minister for the Arts George Brandis said on Monday, “The government is pleased to agree to Disney’s request to enable earlier funding to be repurposed for the production of Pirates of the Caribbean 5.”

But according to the Hollywood Reporter, “the federal government’s offer is reportedly still less than Disney is looking for to fund the movie and it is expected to go to the individual state agencies to make up the difference – with the state of Queensland looking the most likely to land the production.”

It also confirmed that Johnny Depp will return as Captain Jack Sparrow and rumours are rife that aging Rolling Stones guitarist, the 70-year-old Keith Richards, will make another appearance as his father for the new film.

Kon-Tiki directors Joachim Ronning and Espen Sandberg will be at the helm of the project with Christoph Waltz linked to the role of villain Captain Brand.

Pirates of the Caribbean: Dead Men Tell No Tales is now expected to be released in cinemas in the middle of 2017.