Animal welfare groups call on government to halt transfer of monkeys to Australia for Pirates of the Caribbean 5 filming. 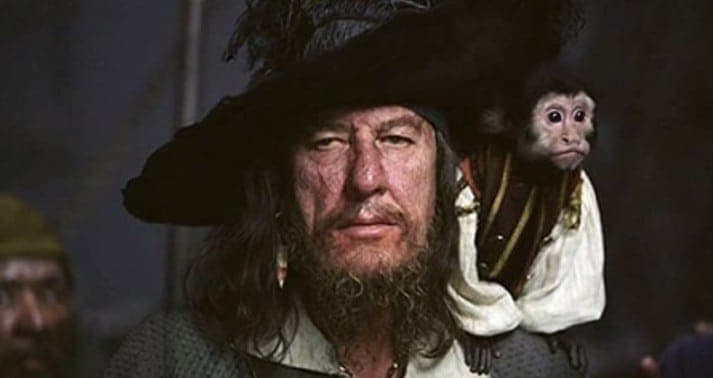 Two production companies have applied for permits to fly capuchin monkeys from California to Australia’s Gold Coast to perform in Pirates of the Caribbean 5.

The two monkeys, a male and female aged 19 and 20, are set to perform in the role of Captain Barbossa’s pet, Jack the Monkey.

The monkeys need to receive special permission for their import as capuchins are classified as “exotic pests” in Australia.

Three animal welfare groups have called on federal environment minister, Greg Hunt, to reject the application as they believe that the journey from California to Australia will stress the monkeys, and that animals performing in films is cruel and unnatural, according to The Guardian. 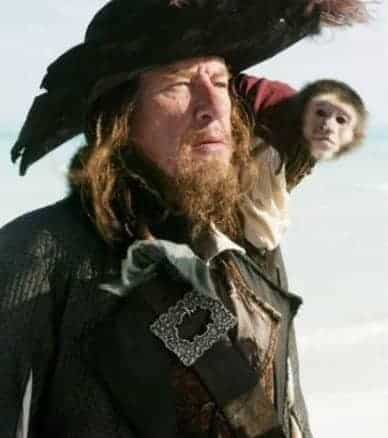 The application indicates that the animals are to arrive in Queensland on 9 March and then be taken to the Gold Coast set to be held in “secure mesh and steel enclosures within a fenced compound” as part of their quarantine process.

Then, in July, the animals will be transported by air to Port Douglas in crates and used in a filmed sequence on a film set.

According to the application, the animals will be “freely handled by their trainers and restrained by leashes when outside of their designated living quarters for the purposes of training and filming”.

The Department of Environment has stipulated that the monkeys must only be used for filming and that they should not be allowed to have sex with one another or contact with other monkeys of any species.

The Humane Society International Australia, the Captive Animals Protection Society and Wild Futures have appealed for the monkey transfer to be halted as they claim that the monkeys’ health will be harmed and that the appearance of monkeys in films encourages the illegal wildlife trade.

Campaigns officer at Wild Futures, Cordelia Britton, believes that the exploitation of animals is not necessary for the film.

“Capuchin monkeys naturally live in large family groups in the rainforests of South and Central America and have complex physical and psychological needs,” she said

“A film set is no place for such an intelligent, social animal and the life of a monkey ‘actor’ is sadly far removed from the life they should have.

“With the technology currently available, fantastic films can be produced without the need to exploit animals.”

The $250m production of Pirates of the Caribbean 5 is the biggest ever movie to be shot in Queensland. The film has been lauded for the potential economic benefits it can bring to the state.

A Department of the Environment spokeswoman said: “This application is being assessed and a decision is expected shortly.”