PHOTOS & REVIEW | The Cat Empire proved music really is the language of us all when they played an adrenalin pumping, feet stomping, hand raising concert at O2 Academy Brixton on 20 October 2013. 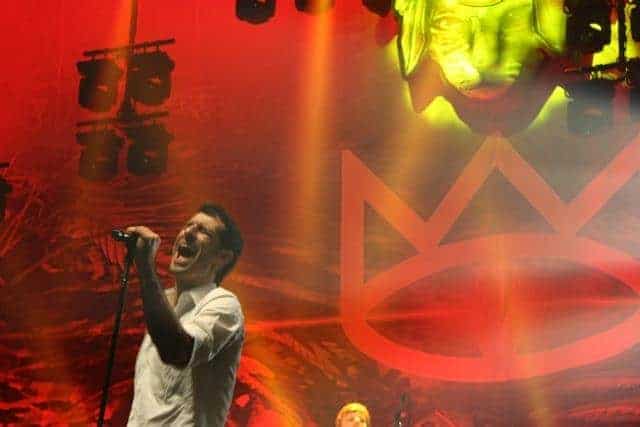 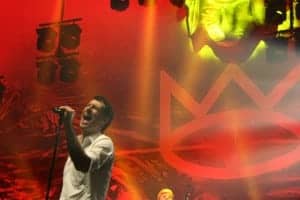 Check out our photos of The Cat Empire at Brixton Academy here.

EVERY so often something happens in your life that forces you to acknowledge every moment thereafter will probably prove to be a disappointment. The adrenalin subsides, your heart rate re-regulates itself and you return to reality in a surreal disappointing descent. It would not be an over-exaggeration to declare that The Cat Empire came close to mirroring this kind of perfection last night.

Like most Australians, their jazzy vibe brings back memories of BBQs, summer holidays and beers on the beach. They started with ‘Steal the Light’, a buzzing track from their new album released in May, but soon progressed into the classic empire songs that the crowd was longing for.

Standouts included ‘Two Shoes’, ‘The Wine Song’ and their cult classic ‘Sly’, which had a rather unexpected keyboard and drum solo that left my ears wondering if they’d ever heard music so bizarrely beautiful before. ‘Brighter than Gold’ resonated particularly well in the stadium and was easy to sing along to on first listen, but left the audience longing for an encore when the band left the stage. Much to my delight, they returned and played an exceptionally vibrant rendition of ‘The Chariot’ and serenaded the audience with ‘All Night Loud’.

What made the night spectacular was their random musical tangents, with Harry Angus declaring that at one point they were on the edge of total instrumental collapse. The Cat Empire had no intention of sounding exactly like they do on the record, with the evening progressing as more of a jamming session than a conscious performance. There was an intimacy between the audience and band members that appears to be unique to live improvisational composition, and it was both an honour and a pleasure to witness it.

I’m not quite sure the English language has an extensive enough vocabulary for me to adequately convey my adoration for the Cat Empire after seeing them perform. But what I will say is that hearing them live is an experience I wouldn’t recommend any Australian miss in their lifetime.