Photo of the Week: the Milky Way from Oz

Some of the best sky in world can be seen in Australia's mountains in winter. Titled 'heart tree stars' this shot captures the beauty of the Milky Way from rural Australia. 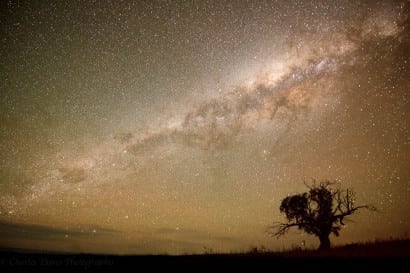 “MANY people think that to get great views of stars you have to go to places like the tops of volcanoes in Hawaii, But some of the best sky in world can be seen in Australia’s mountains in winter.

“This photo was taken on a farm in the snowy mountains called Yalcowinna, it is far enough away from any town that the stars are able to be seen in all their glory. The night I took this photo it was -8 degrees C making the sky even clearer than normal. The milky way stretched across the entire length of the sky with shooting stars ripping across every few minutes. The tree in front is one of the only snow gums on the farm and is few hundred years old, this was just another night in its long life.”

Image and words provided by an Australian reader Charles Davis. For more images of the wonders around us by Charles Davis go to 500px.com/charlieshadow

Email [email protected] with your photos of life in London, UK, Australia or your travels, and we could feature it as Photo of the Week.