Peter Singer to talk at Cambridge on ‘Effective Altruism’

Peter Singer AC, preeminent Australian moral philosopher and ethicist, is presenting a talk in Cambridge on Wednesday 1 May for Giving What We Can and the Cambridge Union on effective altruism — a new talk on how we can all best help others. 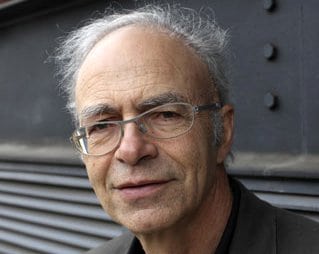 PETER Singer AC, preeminent Australian moral philosopher and ethicist, is presenting a talk in Cambridge on Wednesday 1 May for Giving What We Can and the Cambridge Union on effective altruism — a new talk on how we can all best help others.

Named by Times magazine as ‘one of the 100 most influential people in the world’, Mr Singer has caused controversy and change with his radical thinking on topics including animal liberation, euthanasia and world poverty. His book on animal rights and liberation theory, Animal Liberation, is regarded as a canonical text for the philosophy behind the animal liberation movement.

He is Professor of Bioethics at Princeton’s Centre for Human Values and the best-selling author of Practical Ethics and The Life You Can Save. Peter Singer is Laureate Professor at the Centre for Applied Philosophy and Public Ethics at the University of Melbourne.

Mr Singer will present a talk titled Effective Altruism and Extreme Poverty, on how those living in affluence in developed societies can provide more to charitable causes. As a member of Giving What We Can, an international society for the promotion of poverty relief, Mr Singer reportedly donates 25 percent of his salary to Oxfam and UNICEF.

The event is open to non-members and is hosted at The Cambridge Union Society at 9a Bridge Street, CB2 1UB Cambridge, Cambridgeshire at 7.30pm on Wednesday 1 May.

The Life You Can Save by Peter Singer: