Pete Murray sees blue skies up ahead in London

In the lead-up to Australian singer-songwriter Pete Murray's performance in London on 12 April 2012, he spoke to Will Fitzgibbon about his new album Blue Sky Blue. 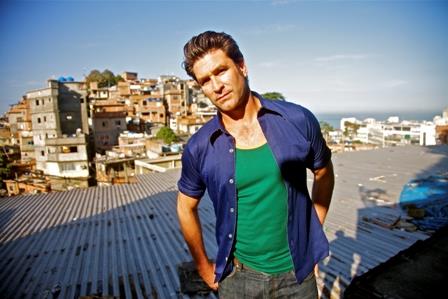 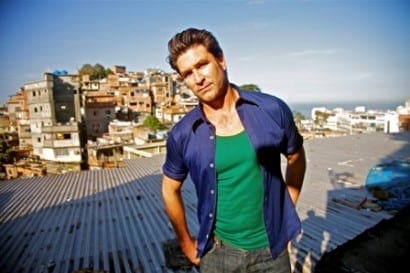 IN CERTAIN circles of adult Australians, a mention of the name Pete Murray evokes strong memories: swooning before a stage at Splendour in the Grass music festival; a first love and how only Murray’s song ‘Feeler’ adequately captured your own thoughts; or lazy beachside holidays with friends. Murray’s music and his instantly-recognisable vocal mellifluousness are, for many Australians, the soundtracks of an idyllic past.

The balladeer from Byron Bay is conscious of his place.

“When you’ve had a lot of airplay,” Murray tells Australian Times on the phone from Queensland, “the music takes the audience back to certain times in their lives.”

Now, however, Murray is returning to the stage and back to the charts with his new album Blue Sky Blue and a potential new reservoir of memories. As part of a global tour promoting his newest album, Murray will perform in London on 12 April.

“I actually feel like I’m ready to get back into it,” Murray says. “It’s exciting being on the road and exciting to be playing to a room of people.”

“Blue Skye Blue is as good as Feeler, if not better,” Murray says, referring to his 2003 debut album that topped the Australian charts and earnt him a number of ARIA nominations.

Murray says the two words he would use to describe his newest album are “dynamic” and “electric”. This is both a technical description of Murray’s decision, contrary to past practice, to use an electric guitar as well as a description of the album’s style. For while Blue Sky Blue arose from the sullen earth of his marriage break-up in 2009, Murray agrees with the critical categorisation of “happy break-up album”. The triumphantly titled ‘Always a Winner’ which is the first single release of the album, is additional proof of the compilation’s surprising jollity.

In any case, Murray has been delighted by the positive responses to Blue Sky Blue from fans long-hewn to his previous albums Feeler (2003), See the Sun (2005) and Summer at Eureka (2008).

Yet Murray’s latest round of musical hyperactivity could easily have not been.  The lures of a laidback Australian life were certainly strong; until recently, Murray had swapped the guitar soundboard for the surfboard and the nappy, preferring to enjoy his life in Byron Bay with his two young children. During the four year break, Murray would most often be found “surfing and hanging out” or dropping into the Queensland State of Origin dressing room as a half-time mentor.

Eventually, however, the lure of the bus and the band was too strong.

This is not the first time Murray will have performed in London. During his numerous trips to The Old Dart’s capital, Murray has become fond of the pubs and the vibe. Years ago, Murray played before a throng of fans at the south London behemoth music venue Brixton Academy.

This time, Murray will perform at Scala near King’s Cross.  It’s a smaller venue and that is something Murray is looking forward to.

“I kind of enjoy those small shows,” he said. “You can hear the crowd yelling something to you. It’s much more intimate.”

Just like those memories that come with every Pete Murray tune.