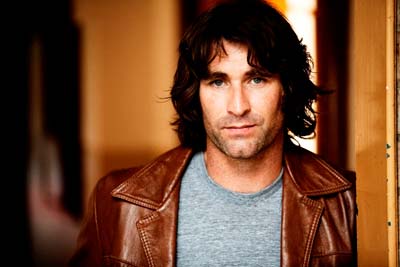 Pete Murray’s latest album Blue Sky Blue is a collection of songs that’s energised by all the possibilities of making a fresh start, of a high blue sky ahead. The album was recorded at Los Angeles studio Sunset Sound, which has been the scene for classic recordings for artists from The Doors and Led Zeppelin to Beck and Arctic Monkeys.

Pete Murray’s music career has been a rollercoaster ride and after years of struggle, it finally bloomed to make him the most commercially successful Australian singer-songwriter of the past 10 years and took his albums Feeler, See the Sun and Summer At Eureka into hundreds of thousands of Australian homes, as well as making inroads in markets from the Netherlands to Brazil.

Three years ago he took a complete break from music, refusing every work offer that came his way, devoting his time to fathering his two sons and, free from the rock’n’roll lifestyle of late nights and early flights, hitting the surf near his northern New South Wales home. Refreshed and with no pressures of deadlines or work commitments, he felt new songs starting to come to him that demanded a new approach. And while he might have achieved many of his goals, the determination that refused to give up on musical dreams when people made of lesser stuff would have crumbled was still there.

While Pete Murray has had most of his radio play for his acoustic-guitar anthems, his albums and live shows have always had a rock’n’roll heart and he wanted to make sure that shone through on the new songs that would come to make up Blue Sky Blue.