It seems classic Australian art is in vogue at the moment, as another John Glover landscape painting is to be displayed at the Winter Fine Art and Antiques Fair. 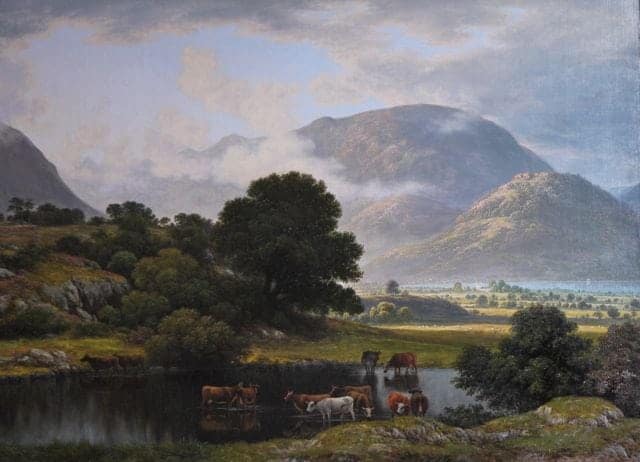 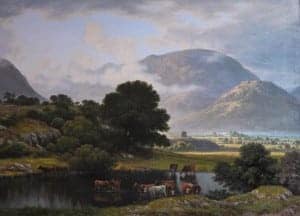 CLASSIC Australian art has been having a renaissance in London with the Royal Academy’s showcase of Australian works and an auction held at Christie’s in September.

Now another John Glover landscape is about to be displayed at the Winter Fine Art and Antiques Fair.

Ullswater with Patterdale Church, the work being displayed, was painted by Glover around 1829 not long before he moved from England to Tasmania.

The piece is in stark contrast to his later artworks that he would become famed for in Australia.

Rather than the vibrant landscapes of Tasmania’s sunny countryside, this painting of Ullswater captures the darker rainy atmosphere of the Lake District.

Glover turned 64 as he moved from the UK to Australia, to join his children.

It was a late time in his career to make such a move, but it would reap rewards and set him apart from his contemporaries he left behind in the motherland.

He set the lead for landscape paintings in Van Diemen’s Land later and almost two centuries later his legacy continues to live on.

The John Glover Society, based in Tasmania, has been dedicated to his works and the promotion of landscape art around the Australia and the world.

There is a statue of Glover in Evandale, nearby to Deddington where he is buried; and an annual award given by his society to Australian landscape painters.

A number of Glover’s artworks are also part of the Victoria and Albert Museum’s collection.

Ullswater with Patterdale Church can be viewed at the Winter Fine Art and Antiques Fair in Cannon Gallery at Olympia from 4-10 November.