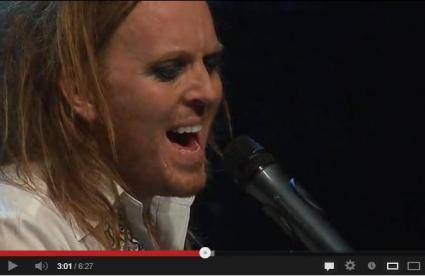 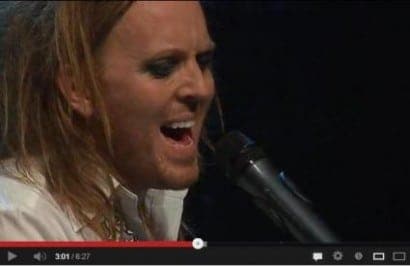 AN AUSSIE Christmas is unlike any other. We may not have mulled wine, giant jars of Marmite lit up from mid-afternoon down Oxford Street, the Queen’s Christmas message or brandy puddings eaten in dark corners of a cosy pub by an open fire.

We do however have backyard cricket, early Christmas morning swims and platters of prawns washed down with cold beer.

And, we have Christmas songs. Songs that appreciate the unique Australian Yuletide experience. That is, family members in jail, white wine in the sun and Santa in the back of a ute.

Last year, our poll of top five Aussie Christmas songs received an overwhelming response, with Tim Minchin’s ‘White Wine in the Sun’ getting the overall thumbs up. This year we’ve included some old favourites, and some new contenders.

Vote now in the poll below and help us decide what is the best Aussie Christmas song of all time:

Santa in a ute, cricket out the back, and trying to get all the family in a group photo — a quintessential Aussie Christmas. As John Williamson says: “Yum, yum, pig’s bum, Christmas pudding”.

How to Make Gravy — Paul Kelly

For all those in the UK missing their families this Christmas (probably for reasons other than being in jail), this song is well deserving of a top slot on this year’s Christmas soundtrack.

Last year’s winner earns the right to go up against this year’s contenders.

There are many unexplainable things about this clip. Why is John driving a plane? Is that Gangum Style, or just old-school bootscooting? Who stole their production budget and fled to the Cayman Islands?

Nevertheless, this cheesy Christmas fable that reunites John Travolta and Olivia Newtown-John nearly 35 years after they first sang together edges into the list, if only because of its blatant use of images of returning US marines to sell records. Although it is all in the name of charity so we will bite our tongues.

And, it is only 1 of 13 special Christmas ditties on their album This Christmas.

I Hate Your Family — Tripod

A song that many can relate too at Christmas time. Play it when your mother-in-law has overindulged in the cooking sherry, and is dancing round the kitchen singing show tunes with a string of tinsel worn like a feather boa.

Now it’s time to decide.  What is the number one Australian Christmas carol of all time?  Help us find out by casting your vote in the poll below and share this article with your mates — it is the season for sharing after all.

This poll is now closed. Tim Minchin was voted favourite, by a long way (Sorry John and ‘Livvie).