Origins 2013; not your average history lesson

Ancient history and artistic expression combine in Origins 2013, a cultural festival of artists and performers with deep roots, coming together to share ideas about the past, present and future. 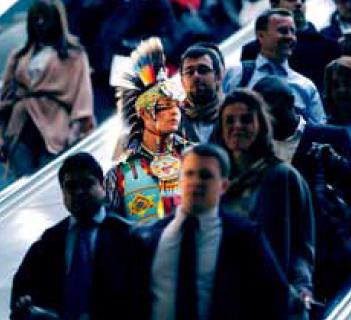 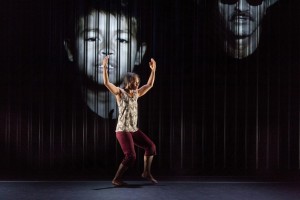 Tracing one’s roots can be an eye-opening experience. Equally, exploring the origins of others can be just as enlightening…and entertaining.

For 12 days (21 October to 3 November) indigenous musicians, dancers, choreographers, theatre-makers, visual artists, film-directors and cooks from around the world, will gather together to perform and inform, exhibit and explain, and debate and celebrate the creativity and histories of different cultures.

Through its 25 events, the festival examines how we can learn important values from indigenous First Nations in relation to the environment, human rights and community. With no textbook in sight, these lessons will be shared through films, music, theatre productions, art exhibitions and other special events.

Origins 2013 is produced by Border Crossings, an arts company creating inter-cultural, multi-media theatre works in response to the contemporary globalised world. The festival program is full of works which originate far from any beater track, and many of the works will be seen in London for the first time.

Michael Walling, Artistic Director says, “Origins is more than an international arts festival: it is a space for dialogue between First Nations artists and London audiences.

“We can all benefit from an understanding of other cultures and we invite you to participate in our festival and experience something genuinely new that is rooted in profound and beautiful ancient traditions.” 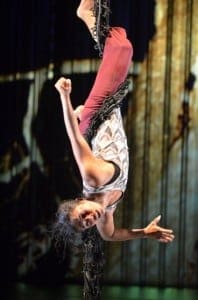 Gudirr Gudirr (UK Premiere)
This intimate solo dance and video work considers the legacy of Australia’s history for Aboriginal people today and asks: what does it take to de-colonise Aboriginal people’s minds, unlock doors and face cultural change? It is performed by Dalisa Pilgram, who uses her Asian-Indigenous identity to build a unique dance language to capture this moment in time for her people.
30 – 31 October at The Place

Bran Nue Dae
This charming, music-driven road movie stars Academy Award winner Geoffrey Rush alongside leading indigenous actors Deborah Mailman, Ernie Dingo and Stephen ‘Baamba’ Albert. Full of energy and fun, the film is based on one of Australia’s most beloved and popular musicals. Bran Nue Dae is a foot stomping tour-de-force centering on the romantic adventures of a young aboriginal couple set against the spectacularly beautiful Australian bush.
29 October at Rich Mix

GAFA: A family called Samoa
Conceived to celebrate 50 years of Samoa’s independence in 2012, this layered art experience follows Samoan chief I’iga Pisa as he makes a daring escape from a distant island, after being incarcerated by the German administration. A leader of the Mau a Pule independence movement, his epic odyssey home to Samoa navigates through the post-colonial experience of identity, connection and emancipation.
29, 30 October & 1 November at Testbed1 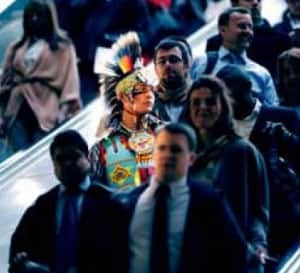 Origins 2013 runs from 23 October to 3 November 2013.
For full event listings and to book tickets click here.