‘20,000 Days on Earth’ - a film about the life and work of legendary Australian musician, author, screenwriter and occasional actor, Nick Cave - will be broadcast live via satellite across the UK in a special gala event. 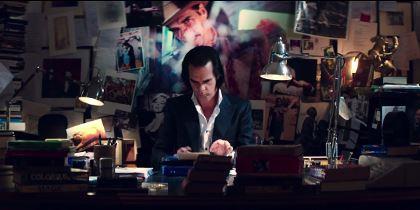 20,000 Days on Earth takes an avant-garde look into the life of Australian muso Nick Cave and chronicles the creative genius process of this iconic artist.

The new category-defying film, directed by Iain Forsyth and Jane Pollard will receive its formal UK premiere at the Film4 Summer Screen at Somerset House in London on 13 August.

This will be followed by a very special gala preview at London’s Barbican on 17 September. The red-carpet event – featuring a screening of the film plus a unique 60-minute live experience that includes a live performance with Nick Cave, Warren Ellis and Barry Adamson and a Q&A with the 20,000 Days on Earth creative team – will be broadcast live via satellite to over 150 cinemas across the UK.

20,000 Days on Earth will then be on general release across the UK and Ireland from 19 September. The film is on Australian nationwide release from 21 August.

This critically acclaimed film first debuted at the Sundance and Berlin festivals earlier in the year, winning the Sundance Best Direction and Best Editing prizes in the World Cinema Documentary section.

“20,000 Days on Earth is a bold vision of one of music’s most mysterious and charismatic figures, the iconic Nick Cave. In their debut feature directors Iain Forsyth & Jane Pollard fuse drama and documentary by weaving a cinematically staged day in Cave’s life with never-before-seen verité observation of his full creative cycle,” said the UK gala preview event organizers. 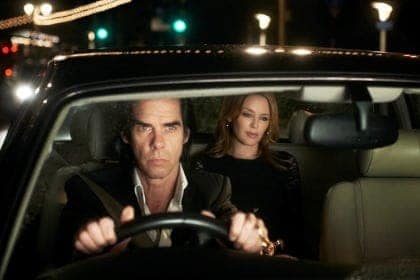 The Barbican event is sold out but you can join the experience live at Picturehouse Cinemas (click here for tickets) and selected Curzon, Everyman, Cineworld, Vue, Odeon and Showcase cinemas as well as the following independent cinemas throughout Britain: