New songs on the horizon for Paul Kelly

INTERVIEW | “I think people are influenced by what’s gone before. When I learnt how to play songs, you fall in love with other people’s songs and you learn them and you start to write your own." Paul Kelly, September, 2011. 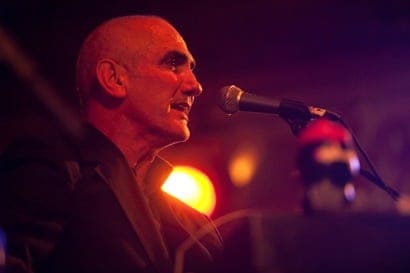 IT’S been over 30 years since Paul Kelly first performed publicly in a folk club in Hobart. Since then he has released 17 studio albums, won countless awards, been inducted into the ARIA Hall of Fame and left an indelible mark on the Australian music landscape.

Currently touring on the back of his self proclaimed “mongrel memoir” How to Make Gravy, Kelly is looking forward to getting back to what he does best.

“I really enjoyed it (writing the book), but I just want to get back to songs again. I’ve missed that. There’s been a bit of a halt on the song writing while I wrote the book which took two and half years to write and we’ve been doing shows since then. I’ve started writing songs again so I just want to make another record.”

The thought of Kelly re-entering the studio is a mouth watering one for his legion of fans who have ensured the success of his current A-Z shows. The unique format sees Kelly playing 100 songs from his back catalogue in alphabetical order. Having come up with the idea back in 2004, the concept has developed over the last eight years.

“It started off as what I thought might be a one off event. After I did the first season, I realised it’s just a new way to play shows. It’s a way to keep in touch with a whole lot of songs. Often when you go out and tour you tend to play the same sort of songs over and over again.”

The A-Z shows also allow Kelly to share chapters from his book with the audience which, for a man who doesn’t consider himself to be a “natural raconteur” on stage, is still quite confronting.

“It’s practise – you get better. That’s how the book started. When I was doing these shows I wrote myself a script and so once I had a script I thought ‘I could expand this and it could be a book’. If I was just someone who could naturally talk, I probably wouldn’t have written a book.”

Currently performing as a solo artist, Kelly has graced the stage under many different guises over the last 30 years and is content in his current set up.

“I think it’s a matter of balance, I love playing with a band but it’s a different thing. I like being able to move back and forth between solo or with a band. You get pretty sick of yourself playing solo but when you’re playing with a band all the time; you want the freedom of just doing it yourself. So I like to mix it up. I’ve done a lot of shows over the last four or five years just as a duo playing with my nephew Dan Kelly. Dan has played a lot of the A-Z shows and of all the musicians I’ve played with, he knows the biggest repertoire of my songs. When he started to learn guitar he learnt Steve Conley’s (original guitarist with The Messengers) parts off my early records. He knows some of my earlier songs better than I do.”

The accolades Kelly has accumulated over the years are proof enough of his standing within the music industry yet Kelly is reluctant to acknowledge the impact and influence he has had on other Australian artists.

“I think people are influenced by what’s gone before. When I learnt how to play songs, you fall in love with other people’s songs and you learn them and you start to write your own.  I’ve always picked up from other people so it’s natural that people would pick up from me as well.”

Did you go to Paul Kelly’s gigs in London? Check out the photos or read the reviews below: