Long-time Neighbours favourite Ryan Moloney — better known to audiences around the world as Jarrod ‘Toadfish’ Rebecchi — is rumoured to be appearing on this season of Celebrity Big Brother UK starting tonight at 9pm on Channel 5. 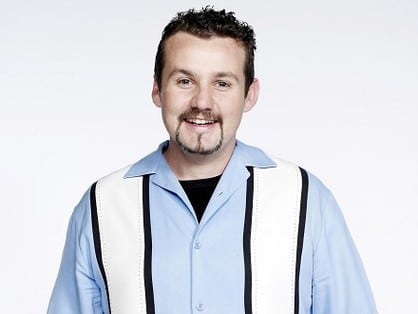 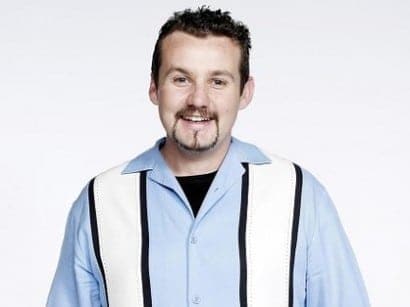 LONG-TIME Neighbours favourite Ryan Moloney — better known to audiences around the world as Jarrod ‘Toadfish’ Rebecchi — is rumoured to be appearing on this season of Celebrity Big Brother UK.

After weeks of speculation regarding his appearance on the program, returning tonight at 9pm on Channel 5, Moloney apparently took to Twitter to confirm media reports that he would be a participant in Celebrity Big Brother’s 2013 edition.

The twitter account @litenmoloney read: “Tweeps… I’ll be on a hiatus for a little while. My manager will be covering all interactions on my account. Peace and love! #CBB.” However, Ryan’s co-star Alan Fletcher (‘Dr Karl’) has said that he believes the twitter account is a fake.

Celebrity Big Brother, often shortened to ‘CBB’ in the press, typically insists on stringent secrecy regarding the identity of the contestants in each series until they are revealed to the public on the series’ launch show. Celebrities arriving in lockdown yesterday were covered with sheets by Big Brother producers while entering their hotel in order to obscure their identity from paparazzi and retain the element of surprise on launch night.

Celebrity Big Brother has been a staple of British reality television since it premiered in 2001. The series has helped reignite the careers of a wide range of celebrities from cross-dressing cage fighter Alex Reid to troubled teen starlet Tara Reid. Other well-known Australians including infamous paparazzo Darryn Lyons and feminist icon Germaine Greer have previously appeared in the UK edition of the program.

Moloney originated the iconic role of Toadfish Rebecchi in 1995, with his character’s quintessentially Australian larrikinism helping propel Neighbours to commercial success both domestically and in the United Kingdom. This year will be Moloney’s eighteenth year on Neighbours, in a role that has seen Toadfish grow through a troublesome adolescence into a successful lawyer and father.

In Celebrity Big Brother Moloney and his fellow housemates will be shut off from the outside world for around three weeks and forced to work together in tasks designed by producers to test the program’s well-known participants on national television. Rumours suggest that Moloney will be sharing the Big Brother house with a range of celebrities including disgraced jockey Frankie Dettori, Page 3 model Lacey Banghard and American reality television villains Heidi Montag and Spencer Pratt.

Even before the cast has been officially revealed The X-Factor contestant Rylan Clark has been named as the bookmakers favourite to win the series, while the husband of Steps singer Claire Richards has also taken to Twitter to hint at her participation in the program. Producers have confirmed that British comedian Jim Davidson had been scheduled to take part in the series before his arrest earlier today by police working with Operation Yewtree, investigating allegations of sexual offences in the wake of the Jimmy Savile scandal. Despite his arrest taking place the day before Celebrity Big Brother was due to launch, producers have confirmed that Davidson will be replaced by another celebrity houseguest.

Insiders claim that Moloney will be one of four soap stars involved in this year’s series of Celebrity Big Brother joining former cast members from British soap operas including Coronation Street and EastEnders.

Neighbours is currently on break for Christmas, however will return to Channel 5 on 14 January.

Celebrity Big Brother can be seen every night of the week, also on Channel 5, beginning at 9pm this evening.