Crew working on the soap Neighbours have voted to take industrial action against production company FremantleMedia over stalled EBA negotiations. 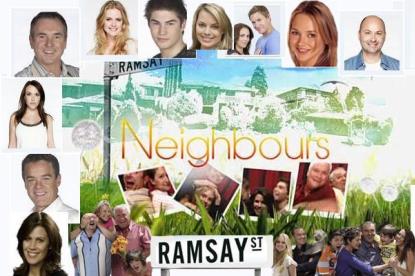 Production company FremantleMedia and the crew of the long-running soapie Neighbours are now enemies because of a pay dispute.

The crew on the Network Ten series voted to take industrial action for the first time in 25 years.

FremantleMedia says it will not budge on its EBA offer, which it claims is above the award rate, while the union representing the crew says it has been negotiating for more than a year.

The Media, Entertainment and Arts Alliance (MEAA) says FremantleMedia is refusing to offer crew basic entitlements including “a reasonable pay rise and security of employment”.

“(FremantleMedia Australia) FMA will not agree to the further pay and conditions demanded by the MEAA that would be an unprecedented departure from industry convention and practice,” a FremantleMedia spokesman said in a statement.

The MEAA says more than 90 per cent of union members on the Ten series have voted in favour of protected industrial action.

“These negotiations have been dragging on for 12 months,” MEAA Victorian branch secretary Louise Connor said in a statement.

“We remain ready and willing to continue negotiations but crew are not going to stand by any longer while their reasonable and modest requests are ignored.”

The cast of Neighbours was in full support of the crew, Actors Equity director Sue McCreadie said.

“The show could not exist without the crew,” she said.

Fremantle says not all crew are union members and the actions of the union threatens the production of the series.

“FMA is committed to a fair and reasonable enterprise agreement that provides pay and conditions that are significantly better than the award and provides for the sustainable future of Neighbours,” the spokesman said.

Ten, which has been caught in the middle of the dispute, has refused to comment.  – AAP