KRIS GRIFFITHS meets the Hollywood star at a Jacob's Creek wine launch in London, where she discusses her "terrifying" upcoming role as Diana Spencer in a new biopic of her final years The glamorous ‘night picnic’ event was held at The Orangery in Holland Park, to celebrate the night-harvesting process which gives the new Cool Harvest range its lightness.

The British-born Australian actress was the star attraction of the evening, mingling with media and competition winners as everyone quaffed the new wines, with live music courtesy of Zero 7 vocalist Sophie Barker.

After the winemakers’ speeches, Watts was on hand to discuss her “terrifying” role in ‘Caught in Flight’, portraying the last two years of Princess Diana’s life. She said:

“(Diana) is a part of our history, a fascinating and incredible woman but with a very tragic ending. The filmmakers approached me with a great script and it’s scary and I kind of wanted to say no but I just couldn’t. 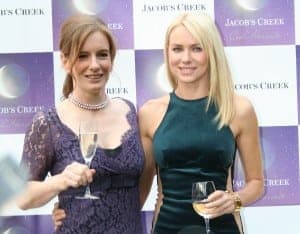 “She is a really inspiring woman and it’s so impressive how she kind of altered the whole gearing of the royal family tradition, opening it up and bringing real warmth to it.

“Now I have to do all the research and there’s just so much to read. I really hope that we make a good movie and that people can learn something about her that’s new and interesting.”

The King Kong star also said she would love to work in the future with her partner, Scream and X-Men star Liev Schreiber, with whom she has two young sons.

“Liev’s a brilliant actor and I’ve always been completely inspired by him so of course I’d love to work with him — it’d make life much easier.”

Caught in Flight is filming in the UK later this year, to be released in 2013

Words and photos by Kris Griffiths 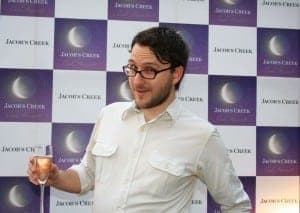