VOTE NOW | In honour of Australia Day, we asked our readers via Facebook to name the songs that make an expat Aussie homesick. Here's the top ten. Now it's your job to choose the #1. 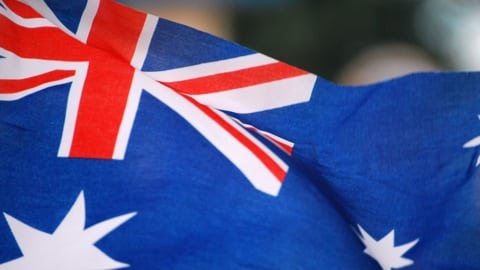 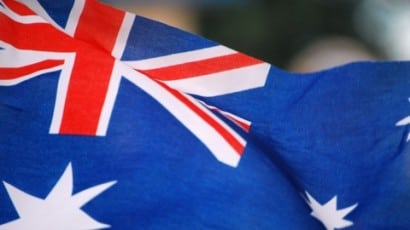 MUSIC brings with it different feelings and different memories.

When you’re living in the UK, particular songs will strike a chord with you regarding the Mother Country (Australia). You might have always loved them or living over here has given them greater significance. Either way, they have one thing in common: they remind us of the big island we all came from.

It’s hard to explain to English people why you love singing about the last plane (no, it’s not a ‘train’ – ed) out of Sydney or why one song encourages everyone to yell ‘No way, get f*cked, f*ck off!’ even at the most formal events.

It’s because they’re songs which have a special place in the hearts of Australians and you might not realise until you’re far away how much Australian music was and continues to be an important part of your life.

What songs, every time you hear them, put the tingle of eucalyptus up your nostrils and cast your mind away to a sentimental, far-away Aussie mindscape? What tunes take you home again?

Vote now for your favourite Australian homesick song, at the bottom of this page

In the spirit of Australia Day, we asked our readers via Facebook to name the songs that make an expat Aussie homesick. We debated a few ourselves, over several beers. Now we’ve boiled them down to the Top Ten (or should that be ‘Hottest 10’?).

And that’s right – when we asked our readers, Khe Sanh by Cold Chisel did not even come up! Amazing song, for sure; just been over-played and hit for six into cliché-ville perhaps?

So, now it’s your job to choose the #1. Indulge those nostalgic affections and patriotic passions by viewing the videos below and then cast your vote at the bottom.

London Still, The Waifs — Perfect for a bout of homesickness, this song speaks of time spent in London missing the people and places you love back home. Any Aussie expat in the English capital will identify with the emotion of enjoying the London life but at the same time struggling with the upheaval of being over here on the other side of the world.

How To Make Gravy, Paul Kelly — This classic Paul Kelly tune gets high rotation at any Aussie orphans Christmas lunch in the UK. The letter from a prisoner in jail to his loved ones switches between the sadness of not being there and funny family antics which happen at Christmas time. He also outlines his special recipe for gravy, his usual contribution on the day. We also love the suburban panoramic view in the vid.

Sounds of Then, Gangajang – Is this the song that elevated the twanging slide of a guitar to the noise of choice for evoking Aussie dust and humidity? This is Australia, alright. “To lie in sweat, on familiar sheets. In brick veneer on financed beds. In a room, of silent Hardiflex”. And haven’t we all? As an Australian vision in sound, this classic from the Gang is hard to beat.

I Was Only 19, The Herd — Aussie hip-hoppers The Herd reworked Redgum’s musical story of Australian men sent to fight in the Vietnam War. Told in the view of a young man conscripted into the army and sent to the jungles of South East Asia, it’s a harrowing, graphic tale of his experience and the long term psychological effects suffered. The Herd were able to capture the brutal reality of a previous generation and helped a lot of us understand the sacrifices made by the teenagers sent to fight in a foreign war. And when you’re an Aussie gallivanting around the world yourself, it’s all the more sobering.

Under The Milky Way, The Church — How often do you look up at the skyline of London at night and feel uninspired? Bar the planes flying to Heathrow and the police helicopter occasionally hovering over (depending on where you live) it’s fairly bland. Compared with the clear, night sky of Australia and the familiar stars you’ve been looking at since childhood, there’s no match for camping under the stars back home. And don’t even get us started on the Southern Cross. Sia honoured the song with a fantastic cover, but we’ve plumped for the original.

True Blue, John Williamson — We weren’t about leave out a bit of country, were we? (Also, a special mention to Home Among The Gumtrees, here – just missed out). The Mallee Boy’s lament about the ‘real’ Aussie being an endangered species. “Is it standing by your mate, when you’re in fight? Or just Vegemite?” Simple but eternally evocative. Disappointingly, the original ‘Vegemite’ lyric, the one that everyone most remembers, has been changed in the version below. Try not to groan at this rather overblown and almost nauseating –  not just because he forgot the Vegemite – video epic of the song. Work it, John!

Land Down Under, Men At Work —  The pop song that most non-Australians identify the Lucky Country’s fine citizenry with. It would be fair to credit the tune with introducing the world to the ‘Down Under’ brand. What’s perhaps not so fair is that Men At Work were sued for apparently ripping off  Kookaburra Sits In The Old Gum Tree in the flute part. Anyway, for us expat Aussies it’s a reassurance that for all our brashness, the world still loves us. And is it ‘plunder’, ‘thunder’ or ‘chunder’?

Australia, The Shins — Bit of a controversial entry considering The Shins aren’t even Australian and the Australia reference is very obscure (just like in the awesome Manic Street Preachers song of the same name which almost made the Top Ten list as well). That said it’s a very happy, sweet song which reminds us of a long road trip on dusty Outback roads. And it has a banjo in it. Everyone likes a banjo.

Great Southern Land, Icehouse – Another one that somehow manages to paint the sights and scents of Australia in a landscape of sound. It was in Young Einstein too; remember that? Anyone know what happened to Yahoo Serious?

I Still Call Australia Home, Peter Allen — Is this the most sentimental Australian song of all time? Qantas may have hijacked it and the opening bars will automatically have you thinking of cute little kiddies singing in exotic places around the world, but here we have found the classic video of Peter Allen’s unbeatable original. At Motherland, we have seen pubs erupt into spontaneous strains of this classic on Australia Day and witnessed grown men weep even before the chorus. It’s a true, and perhaps the ultimate (that’s up to you), expat anthem.

Now that your patriotic heartstrings have been tugged to breaking point, it’s time for you to cast a vote for your favourite.

Tell us why you voted the way you did, below.

And if you think your top Aussie expat’s tune has been criminally left of the ballot, tell everyone, also by commenting below.