Mover and shaker | Sarah Fahie on life as a opera director

WILL FITZGIBBON chats with opera choreographer and director Sarah Fahie. Her work can be seen in the revival of Verdi's Falstaff, now on at Glyndebourne. 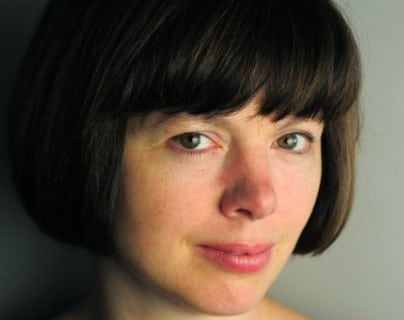 AUSTRALIAN  Sarah Fahie is the first person to admit that her road to acclaim as an opera choreographer and movement director happened in “quite a wiggledy waggledy kind of way”.

Fahie’s work will soon be on display again when she directs the revival of Richard Jones’ 2009 opera production of Verdi’s Falstaff, which opened at Glyndebourne on 19 May. This will be Fahie’s fourth time working for the world-renowned opera company, indicating the success of the former Victorian who has now called the UK home for almost 20 years.

From an arts student in Melbourne destined for academia — albeit one with a passion for theatre – Fahie left Australia for the United Kingdom and began studying contemporary dance on scholarship.

“To my shock and horror I got in,” says Fahie, recalling with laughter the moment she was accepted into the London Contemporary Dance School.

Fahie had always known that dance would play an important role in her life.

“The medium wasn’t that important.”

Fahie has since hung up her dancing shoes to move behind the scenes. While Fahie is revival director of this year’s Falstaff, she has well and truly established herself as a sought-after opera choreographer and movement director. It is a job title that requires a little explanation; opera is too often associated with XL size singers bellowing melodically from a stage.

But Fahie’s conception of her work is illuminating.

“For me, opera is theatre in its relation to music,” says Fahie.

As much as the sound of the singer’s voice, Fahie explains, the physical movement of singers across the stage is connected to the desire and intention of the person playing the character. When an opera has scores of performers, it is clear how busy a movement director’s life can be.

“Lots of operas have dances in them,” says Fahie. And while an opera choreographer will give particular attention to the dances written explicitly within an opera, a movement director can work on each character’s movements at any moment during the performance.

As one example, one of Fahie’s tasks involves working with the French baritone and title role star Laurent Naouri. In one scene, the famously corpulent Falstaff falls into a sofa. Fahie has directed Naouri on how best to cleanly and elegantly raise his character’s significant weight from the fluffy cushions.

Fahie is now in demand for movement direction all over the world and has recently worked at La Scala in Milan on Benjamin Britten’s Benjamin Grimes.

But it is at Glyndebourne’s lush landscape near the town of Lewes, one hour outside London, that Fahie currently calls her professional home.

Verdi’s Falstaff, which premiered in 1893, was the last opera the Italian master would write. It is a social comedy and takes inspiration mainly from the ale-swilling, lewd and mirthful Falstaff of William Shakespeare’s Henry IV plays. In Verdi’s opera, Falstaff woos two women in order to capture their husbands’ fortunes. When the deceived women find out, however, comic vengeance ensues.

Think of John Tucker Must Die written by an Italian octogenarian over 100 years ago.

This production of Falstaff sets the action in the winter of 1946 Britain. “It’s austerity Britain,” Fahie explains. “People don’t have very much money but they present themselves very well.”

And with Fahie’s help, Glyndebourne’s Falstaff cast will be presenting themselves as well as possible.

Glyndebourne Festival runs from 18 May to 25 Aug. To book visit www.glyndebourne.com.