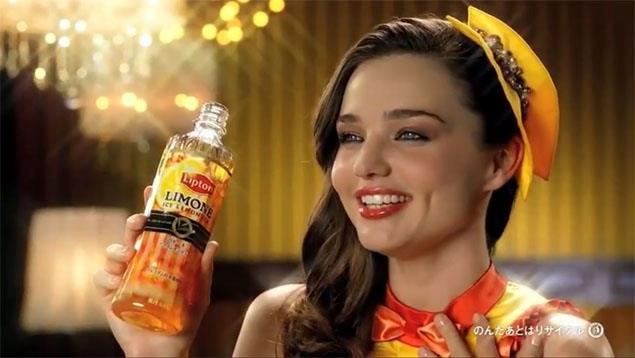 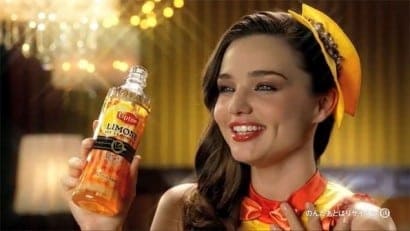 AN odd YouTube video of Miranda Kerr appearing in a Japanese Lipton Ice Tea commercial has gone viral this week.

The Victoria’s Secret model features as a very leggy waitress, singing accolades for a “limone” flavoured ice tea to a host of gentlemen – one of which appears to be wearing a face-full of cake.

Kerr shows off her slender post-baby body in a yellow and red mini dress, her leg suggestively extended over a table as she burts into song.

The ad was shot in Japan last month where Miranda Kerr was acting as an ambassador for Lipton. She joins a growing list of celebrities who have made appearances on Japanese TV, including: Madonna, Britney Spears, Natalie Portman, Arnold Schwarzenegger, Christopher Walken and Nicolas Cage.