Miranda Kerr no longer an Angel with Victoria’s Secret

Australian supermodel Miranda Kerr has reportedly been dumped by world-renowned lingerie brand Victoria’s Secret amidst reports that she was demanding and difficult to work with. 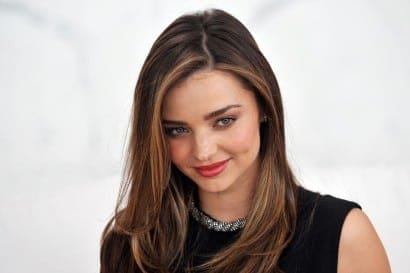 AUSTRALIAN supermodel Miranda Kerr has reportedly been dumped by world-renowned lingerie brand Victoria’s Secret amidst reports that she was demanding and difficult to work with.

American newspaper The New York Daily News has reported that Kerr was released from her contract with Victoria’s Secret after demanding a “massive” contract and having too many international commitments that prevented her from performing in her role as a Victoria’s Secret Angel.

The supermodel, raised in Gunnedah, was the first Australian to be offered a contract with Victoria’s Secret in 2007 when she replaced Brazilian model Gisele Bundchen. Her departure from the international brand comes at the end of her most recent three-year contract, taking her tenure with the organisation to six years.

Victoria’s Secret boss Ed Razek said: “Miranda Kerr is one of the best models in the history of the business – and easily one of the most popular. She is also a consummate professional. Any rumours to the contrary are simply untrue. (She) will always be an Angel to me.”

Despite Razek’s claim to the contrary, an industry source has told US Weekly that Kerr’s “difficult reputation” was the catalyst for her dismissal. The unnamed source said that Kerr was “not a big seller” for the brand in comparison to the other Victoria’s Secret Angels and that she was no longer of commercial benefit to the brand.

The source said: “They can still use her for catalogue, where she will get a day rate, but she doesn’t have to be an Angel to do that.”

David Jones boss Paul Zahra said: “”We will forever consider Miranda part of the David Jones family. We have loved being on this journey with Miranda and feel privileged to not only have been a part of it but to watch Miranda’s remarkable success and growth. We wish Miranda every success for what will undoubtedly be a very successful future and would like to thank her wholeheartedly for her wonderful contribution to our brand.”

Kerr’s break with Victoria’s Secret caps off a difficult few months for the supermodel, who was left in a neck brace last month after a car accident in Los Angeles. Kerr incurred whiplash and back injuries in the incident, in which her car was rammed by a drunk driver.

Kerr began her career in a storm of controversy at age 13 after winning the 1997 Dolly Magazine Model Competition. The model’s victory sparked criticism of the modelling industries glorification of underage girls.

Miranda Kerr took over her mother Therese’s position as general manager and chief executive of Kora Organics earlier this year, with the beauty product company aiming for international expansion in 2013. She also took over from Kate Moss as the face of European clothing company Mango, representing the organisation for this year’s spring/summer campaign.