The self confessed purveyor of ‘nerdy comedy’, Aussie comic Matt Parker tells Nathan Motton how the subject of death can be funny and why British children are struggling to cope with maths. 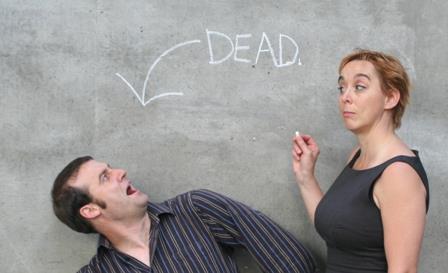 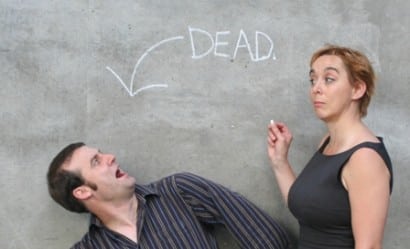 School teacher by day and stand-up comedian by night, Matt Parker has devoted the past seven years of his life to making maths more accessible for teenagers, while making it humorous for everyone else.

The brains behind the YouTube hit ‘standard meal units’ which devised an easy maths solution to splitting restaurant bills, Parker says the defining moment behind the idea was a night out with a group of mathematicians.

“We got the bill and there were fictitious numbers in there… restaurants are ripping people off because they know that customers are daunted by facing a bill… there has to be an easier way.”

According to his theory, a standard meal unit equals one main and two drinks, with heavy drinkers charged 1.4 meal units. But it’s not just restaurant gags. The 31-year-old has also produced minute-long spoofs on working out whether cheap airline flights really are cheap and a fairer way of splitting the rent between housemates.

It all might sound quite trivial yet Parker is on a quest to better educate Britain’s young people. He grew up in Perth, “the middle of nowhere” and defied the Australian sporting culture.

“You’re forced in Australia to play every sport known to man just to, in my case, make sure you’re not good at it.”

His father was an accountant and from a young age Matt turned his attention to maths, which led to a “very nerdy run through secondary school”.

It was after university that he began his career as a school teacher in the UK. He says he understands why it’s so difficult to get young people engaged with mathematics, because “I’m prepared to admit, it can get very boring very easily”.

He believes the country is “incredibly desperate” for suitably qualified maths teachers.

“One quarter of maths classes are taught by people who don’t have a maths background, they’ve been forced at gunpoint to teach maths.”

He says non-specialist teachers are compounding the problem by making it “more boring and more uninteresting”. When he visits classrooms he makes a point of deliberately avoiding maths on the curriculum to make it more appealing.

His assault on British classrooms has for some years now run parallel with his work as a comedian. Parker has been nominated for a handful of comedy awards and was named the National Fame Lab’s People’s Choice winner in 2009. He brought the two together because of a comedian’s natural inclination to poke fun at things that interest them. He says there are stark similarities between stand-up and speaking to school students.

“I realised I could start using the same techniques, sensibilities and strategies I’ve learnt doing stand-up to then do maths the same way. I took out the jokes and replaced them with maths.”

But there’s more than maths to Matt. While death might prove an uncomfortable subject for many, Parker has chosen to embrace it. Along with friend Timandra Harkness, the mathematically macabre double-act are currently touring Your Days are Numbered, a one-and-a-half hour show about the statistics of death.

“You can cut your chances of dying from a heart attack by 50% if your drink eight bottles of wine a week,” he says. It’s a humorous take on “what you can do to live longer”.

“Statistically,” he tells me, “every hour – your life expectancy goes up by 12 minutes. So [by coming to our show] you’re going to get 18 minutes of your life back. You’re only wasting one hour and 12 minutes of your remaining life to come and see the show.” Easy as one-two-three…

Don’t miss Matt Parker and ‘Your Days Are Numbered’ at the North Finchley Arts Depot, 18 February