Mat. McHugh holds his own in London

REVIEW | Seeing Mat. McHugh step onto the London stage without a band behind him was an exciting prospect and The Beautiful Girls frontman quickly introduced the crowd to his solo repertoire. 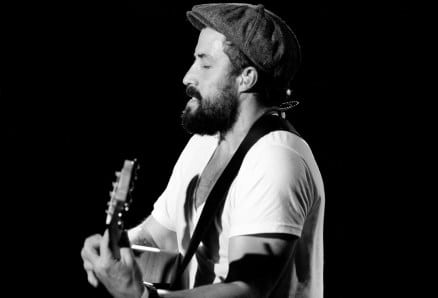 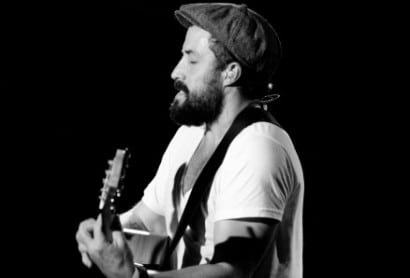 FOR a man who is at his most comfortable in the water, performing on a floating barge on the Thames was probably as close to his natural habitat as Mat. McHugh could find for a gig in London. Wednesday night’s sold out show at Tamesis Dock was an opportunity for McHugh to introduce himself and his new EP Go Dont’ Stop to his London, largely Australian, fan base.

Support act Matthew P, a curious combination of a surf inspired singer songwriter from Suffolk, provided a perfect lead in to the main act. His simple folk tunes were what you might expect if Luke Pritchard (lead singer of The Kooks) were left on a beach with a guitar, some basic percussion and a trumpet. The honky tonk infused ‘Rolling O’n was the highlight of his set and a tune to keep your ears open for.

Seeing McHugh step onto the stage without a band behind him was an exciting prospect and McHugh quickly introduced the crowd to his solo repertoire, playing all four tracks from the new EP in the first five songs. ‘Go Don’t Stop’, the title track, was the most musically inventive of McHugh’s new tunes and received the warmest response from an audience perhaps more familiar with McHugh’s songs penned with The Beautiful Girls.

McHugh’s solution for the absence of a band behind him was the use of recording and looping throughout the gig. While this technique gave the songs a bigger sound than they might have had with just McHugh and a guitar, a few fumbles here and there might have left a less patient crowd wishing it had been an ensemble performance instead.

The off speed, Dylan-esque ‘A Packet Full Of Shells’ hinted at a possible future direction for McHugh’s music but sublime cover’s ‘Guava Jelly’ and ‘Everyday I Love Her Just A Little Bit More’ left the crowd ready to groove into the second half of the set.

With the previously seated crowd now on their feet and dancing, McHugh launched into some TBG classics. ‘Long Way Home’ and ‘Blackbird’ got the sing along side of the gig started and McHugh’s beat-boxing solo end to ‘Music’ was a highlight. Ending with ‘Periscopes’, the song that seemingly started it all for McHugh way back when, provided a perfect ending to the show.