Madonna to tour UK and Australia

Fresh from her success at the Super Bowl in the US, Madonna has announced a world tour that will bring her to the UK and Australia. 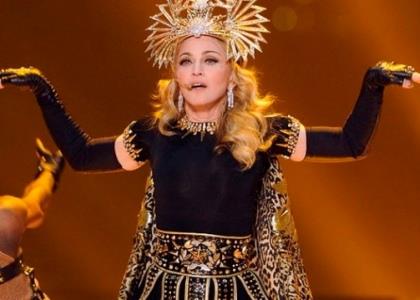 Fresh from her success at the Super Bowl in the US, Madonna has announced a world tour that will bring her to the UK and Australia.

Arthur Fogel, CEO of Live Nation Global Touring, has told Billboard.com Madonna will begin the concert tour in Israel in May, following the March release of her new album MDNA.

Currently scheduled to visit 26 European cities including London, Paris and Berlin, Madonna’s stadium tour will also take her across the US and Latin America over the remainder of 2012, before wrapping up in Australia in early 2013.

Madonna has not performed in Australia for 20 years.

In the UK, Madonna will perform in London’s Hyde Park on 17 July with ticket prices from £70 up to £125. The Material Girl then plays Edinburgh’s Murrayfield Stadium on 21 July with tickets selling from £45 up to £125. Tickets for the UK leg of the Madonna World Tour go on sale this Friday at 10am.

And sooner than you can say ‘like a prayer’, the Madonna at Glastonbury 2013 rumour mill is under way.

Billboard reports Madonna’s Sticky & Sweet tour in 2008-09 grossed $US408 million, the highest ever for a solo artist.

With sources and AAP