MUSIC FROM THE MOTHERLAND | We look back at the wonderful year that was 2011 and remember the highs (and lows) of Australian music. 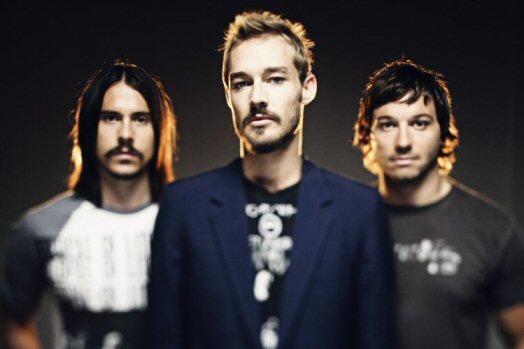 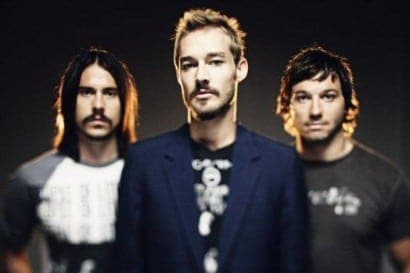 IMAGE: In 2011 we bid farewell to Silverchair … for quite a long while, at least.

Another year of music, gigs and festivals await. But before we sink our teeth in the New Year we thought we’d take a look back at the year which was 2011.

Back home it’s been a vintage year, while the UK was graced by a plethora of visiting newcomer and legendary Aussie musical compatriots. And in London we were even spoilt with two – count ’em; two! – Antipodean music festivals: Southern Sounds and Homelanz – the latter making a return in 2012, so stay tuned to Australian Times for immanent big announcements.

So, we’re handing out a few awards (the statuettes are in the mail), picked a few memorable moments and remember our favourite Australian music memories for the past 12 months. Enjoy!

They didn’t attend the awards and a letter from the band was read out from the stage. The letter explained they were unable to attend as they had day jobs and couldn’t afford to take time off. Thumbing their nose at the mainstream Australian music industry they thanked their fans and family for the support which allowed them to continue making music and doing what they love for so long.

Rock and Roll Antics — Children entertainers HI-5 were up to their wild antics again when they were asked to leave a country Queensland pub.

Yes, the reason was one of the boys wasn’t wearing a collared shirt which was against the dress code in the dining room but with their cutesy music and never-ending smiles this was very hard-core musical naughtiness indeed.

The big man rolled into town and was billed as a world class performer coming to entertain the 100,000 attending and the millions others watching on the TV. What transcribed was a poor, lacklustre effort by the man who failed to live up to the hype and admitted after he didn’t even know what the game was he was singing at. We doubt he’ll be back in 2012.

Best Music Performance: We could write a whole article about the ones we enjoyed but our top three UK Aussie gigs this year, in no particular order (damn you X-Factor), were:

Cut Copy (Roundhouse): The kings of Australian rock/dance/pop capped off an amazing year filling out the 2000 large Roundhouse in Camden with an electric, beat filled set. After a new album, world tour, ARIA award and Grammy nomination, Cut Copy can be very proud of their 2011.

Stonefield (Enterprise): After wowing the large crowds at Glastonbury Festival the four young sisters from Victoria made a quick stop in London and raised the roof of some very small venues. Playing to a crowd of 50 after playing to thousands in Somerset didn’t deter them for banging out a set of their infectious, psychedelic charged rock. They also mentioned to the crowd they could buy CD’s from their mum who was in charge of the merchandise table. How cool is that?

Little Red (Aussie BBQ, Cargo Bar): The ever popular Australian music day ran again in May with half a dozen bands showing their wares to the appreciative crowds in between the sizzling burgers and cold beers. Little Red closed the night with an impressive, tight set which capped off a memorable if not home-sickness inspiring day.

We’re So Sad They’re Gone Honour Roll: The following bands and music shows called it a day in 2011 and we shed the odd tear for — Silverchair, Middle East, Grinderman, Spicks and Specks and Video Hits.

Honouring The Legends Honour Roll: It was the year of the pop princess and five guys in skivvies. We’re talking about Kylie Minogue and The Wiggles. Both were inducted into the Australian Music Hall of Fame for their long term contributions to the Aussie music industry. The Wiggles also celebrated 20 years and saw the release of Rewiggled – a who’s who of Australian music all having a crack at the groups’ popular kids tunes. They’ve come a long way since The Cockroaches!

Well that’s a brief overview of the year that was 2011. Motherland had a blast and now as we eye off 2012 we are gunning with anticipation for what it holds.

Australian music is taking over the world and we plan to be there for the ride. You are welcome to join us! (And if you find Judgie loitering by the bar after the gig, please point him south; he gets lost without the Southern Cross – ed).