Long way to the top for Gotye, a One Night Stand and The Voice drowned out

MUSIC FROM THE MOTHERLAND | In England, it never rains it pours - so in the midst of our live music gluttony spare a thought for our compatriots back home who don’t get this pick or value for money. 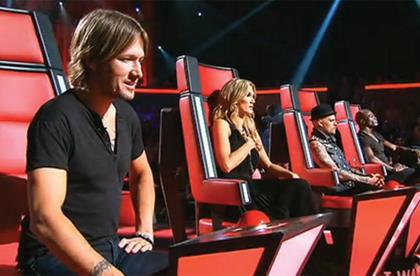 Spreading the music love
WE’RE spoilt for music here in the UK. But it’s not just that. We’re spoilt for Australian music. In the past two weeks the Motherland has caught Hungry Kids of Hungary, DZ Deathrays, Inland Sea and Jinga Safari. And that’s just the Aussie music.

In England, it never rains it pours – so in the midst of our live music gluttony spare a thought for our compatriots back home who don’t get this pick or value for money. Most of the bands just mentioned were a fiver, and even after a few pints it’s still a cheap night (provided you can keep it to a few!).

Australia’s live music landscape misses this, especially the further inland you go. So it was heartening to see the next round of Triple J’s ‘One Night Stand’ get underway on the weekend in Dalby, Western Queensland.

The team at Triple J get themselves to remote and small places throughout Australia for a night of fun – bringing along some fine Australian acts. This time they took along Matt Corby, Stonefield, 360 and The Temper Trap to entertain the estimated 10,000 people who drove hundreds of kilometres to see some live music action.

Dalby is a town of 10,000 itself, with not much to do for young people, and hasn’t seen something like this before and probably won’t again. We’re sure the music fans, young and old, will appreciate this night for a long time and would have had a blast. So next time you’re at a gig and might just be hanging out the back not paying attention because there’s always another one to go, think of the music hungry kids in Australia.

Losing The Voice
In the interest of all Aussie music fans we thought we’d give you an update from the Australian version of The Voice. You know, the show where they sing and the judges make a blind decision on their talent, they mentor them, it’s a roller coaster of emotions… yawn.

From what we can tell, the finale is on 18 June, s0 it’s now crunch time. But what’s happened so far? A few singers have been booted by the judges for not making the grade, the judges have promoted their own music making the contestants sing it, Seal and Delta Goodrem had a bit of a tiff and most importantly no one really cares. So, from what we can tell, exactly like the UK version!

More gongs for Wally but Acca still got it
The Australian Performing Rights Association (APRA) – those lovely people who promote Australian music and make sure the artists get paid – have announced their awards for the year. Although smaller than some of the other Australian music awards, these are held in high regard by the music industry as a lot of them are peer nominated.
As expected, Wally De Backer (aka Gotye) featured prominently including Song of the Year, Songwriter of the Year and Most Played Australian Song (we’ll let you guess which one).

Other artists to get a nod were Boy and Bear for Breakthrough Songwriter and LFMAO for International Work of the Year with ‘Party Rock Anthem’.

Interestingly, Wally lost out in Most Played Australian Song Overseas to AC/DC’s ‘Highway to Hell’, an award it pretty much has ownership on. So while Gotye has been on repeat all over the globe, he’s still got a long way to the top if he wants to usurp the kings of Australian rock.