London life according to Bonfire Nights

MUSIC FROM THE MOTHERLAND | This week's Music from the Motherland guest writers are the glamorous up-and-coming Aussie band in London, Bonfire Nights... 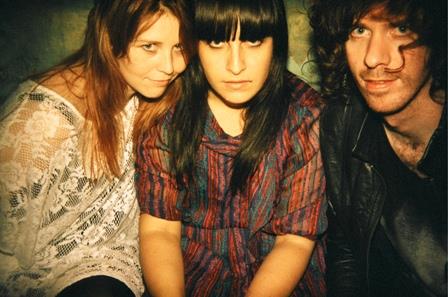 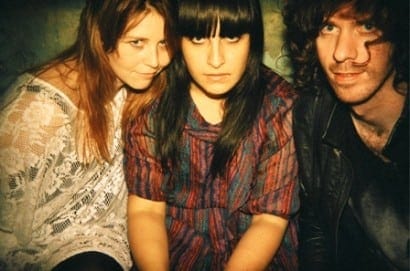 By Bonfire Nights
IT WASN’T LONG after the January floods in Brisbane that we decided to move the band to London.  It was an idea we (Bonfire Nights) had been toying with for a while and it felt like the right time to do it.  Aside from the floods, some of our favourite venues were closing down in what seemed to be an alarming trend affecting the whole country.

We arrived in London the day after the Royal Wedding – the streets were still brightly festooned with bunting and absolutely crawling with people.  Our first gig was a showcase at the Apple store on Regent Street, which was probably the weirdest place we’ve performed.

One interesting fact we learnt that served us well in those early days — was that we could fit our whole backline into a black cab. That’s right: a drum kit, amps, keyboards and guitars and four warm bodies (including the driver), which is no small feat. Although, it was really uncomfortable and we soon started using Addison Lee cabs to get around. We use them so often now that we really ought to have shares in the company.  But it’s the only practical way of getting to gigs with our gear.  We thought about buying a van, but the running costs of having your own car in London are monstrous – insurance, taxes, congestion charges and not to mention parking and petrol. At least this way there is no designated driver and we are free to get as inebriated as we like after a show.

We moved to East London, thinking we were being original and that we would avoid the Antipodean quagmire that is West London.  WRONG.  Our neighbours are Aussies and Kiwis. We hear the accent on the bus constantly. We’re convinced that we are conducting a REVERSE INVASION of the motherland.  We aren’t the only band from Oz to relocate here either – fellow Brisbane band HorseFight and Sydney band Dark Bells are also lurking in the murky depths of Dalston and Whitechapel. They, like us, were attracted to the UK by the seemingly endless opportunities, the ability to gig nearly every other week without exhausting your audience and to go on tour to more than three cities that are accessible by car, rather than by plane.

Probably one of the hardest things has been arranging a permanent rehearsal room. We used to rehearse for free at Steve’s parents’ house in the semi-rural western suburbs of Brisbane. In London, however, you can pay through the nose to share a tiny rehearsal room with five other bands, who think it’s ok to leave their underpants on the floor or smash your drums with some unidentified blunt object. Leaving passive aggressive notes won’t alleviate the situation, but they sure do make you feel better. We have since found digs in a nicer and cheaper room, so it pays to keep looking around for a better deal.

It goes without saying that things here are not like they are at home, but that’s why so many of us travel to London in the first place. We’ve been exposed to more opportunities here than we had at home – within six months we’d done our first UK tour supporting Sons & Daughters and next month we’ll be touring America and playing at SXSW. It’s hard leaving home and the comfort of everything you know, but I can’t say the same would’ve happened had we not made the move to the UK.

Don’t miss Bonfire Nights (Steve Foster – Vocals/Guitar; Ruth Nitkiewicz – Drums/Vocals; Nicole Hoaran – Keys/Synth/Vocals) when they are back in the UK after their American sojourn (they play Camden Barfly 3 April). And be sure to check in next week for a different musical perspective from BBC Radio 6 DJ Chris Hawkins. In the meantime keep an eye on backpacksounds.com and of course, Music from the Motherland for all your Australian Times Aussie music goodness.