Lior lights up London with a typically delicate performance

REVIEW | His first London gig in four years, Lior reminded a largely Aussie audience in Soho why true musicianship is alive and well 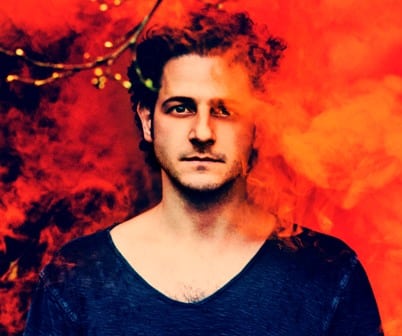 Something must be said for an artist who can sit all alone on a bar stool on stage and captivate an audience for the best part of an hour.

For singer-songwriters such as Lior, of course it’s all in a days work. But the Borderline Soho is one of those pleasantly small and endearing venues with such intimacy that it could otherwise be quite confronting for less seasoned musicians.

The Melbourne-based artist played his first London gig in four years dressed in jeans and a t-shirt. His look, as his music, is largely understated. It was a mellow and positively chilled-out set.

The 34 year-old opened with a large collection of songs from his debut album Autumn Flow, including the quintessential classics ‘Daniel’, ‘Autumn Flow’ and ‘Gypsy Girl’. He has this enviable live ability to add another layer of depth and emotion to his music as though artists should only ever need an acoustic guitar.

There is an unmistakable element of love and belonging in his music which is conveyed perfectly on stage. ‘Lost In You’ is almost like a title track for those who feel such unyielding love for their partner and ‘This Old Love’ soars to beautiful highs as Lior almost whispers “we’ll grow old together, and this love will never die”.

But there is much more to this Aussie artist than just wooing a largely female audience. Indeed he is surprisingly funny and extremely witty. His take on Bon Jovi’s ‘Living On A Prayer’ was converted to (of all things) Sesame Street. He told of his niece’s love of the song ‘Gypsy Girl’, because she felt it was about the “girl who ate all the chips”. He also let us in on how he once posed as a busker to help out a fan who proposed to his fiance to a favorite song on Sydney Harbour.

The sole new track ‘Days To Remember’ was perfectly pitched and typically delicate while there was a disappointing lack of songs from the second album Corner of an Endless Road.